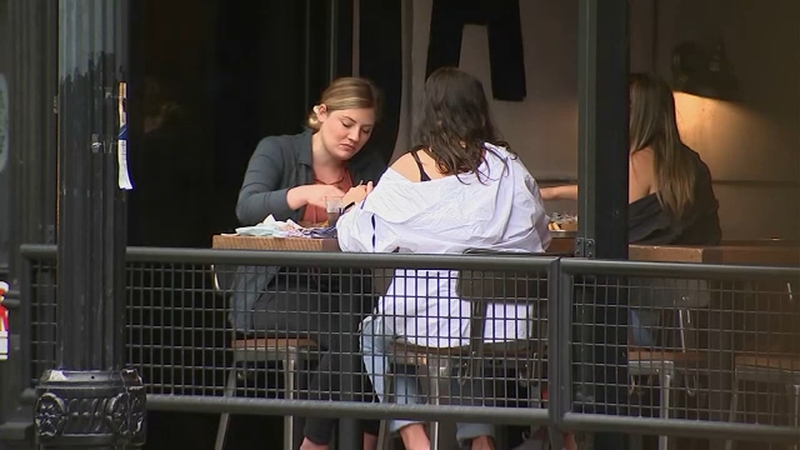 CHICAGO (WLS) -- Doctor Deborah Birx was in Chicago Tuesday to assess Illinois' response to COVID-19 and as one of the nation's top disease experts, her prognosis for the state is divided.

"When we see those rural counties move into the 5% range and continue to increase, it's really an alert to every rural community that you need to take the same precautions that the urban communities are taking," Dr. Birx said.

She says that community transmission is now taking place in increased numbers during smaller family and neighborhood gatherings, and called on people to exercise greater caution, especially over the upcoming Labor Day Weekend.

Dr. Allison Arwady provides an update on Chicago's travel quarantine order and provides a warning about rising cases in Indiana.

Dr. Birx also sought to clarify FDA commissioner Stephen Hahn's controversial remarks earlier this week in which he seemed to imply the agency might be willing to fast track a vaccine even before phase three trials are complete if the benefits outweigh the risks.

Chicago is one of the cities where Moderna is currently conducting those trials.

"I think what the commissioner was trying to say, is if based on events we have evidence that the vaccine is efficacious, then for specific risk groups you would consider immunizing the highest risk group," she explained. "It's very clear that the FDA is not going to authorize use without definitive efficacy."

Dr. Birx would not say whether she was recommending the city or state take any additional mitigation efforts in response to the increase in the positivity rate, but said she would be discussing the issue with both the mayor and governor in a meeting later Tuesday.

The Illinois Department of Public Health now reports a total of 236,515 cases and 8,064 deaths in 102 counties in the state.

TUesday Illinois reported 39 new COVID-19 deaths and 1,492 new cases, the most deaths from the virus since late June.