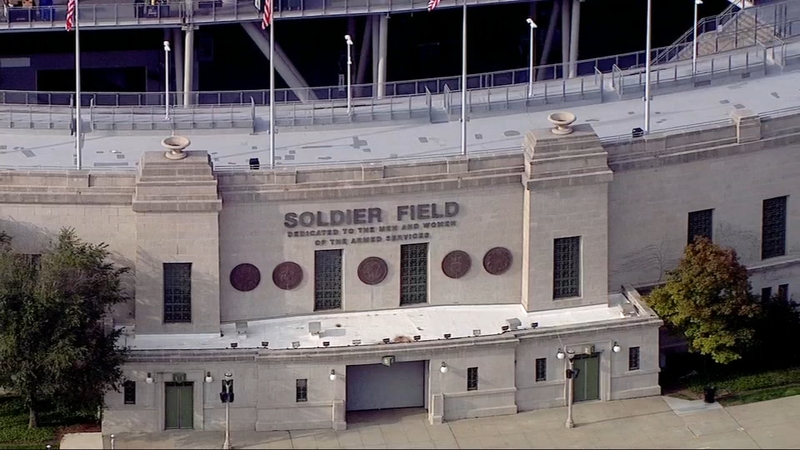 Bears home opener will not feature fans in the stands

CHICAGO (WLS) -- The Chicago Bears and the city are holding firm to their decision not to allow fans at Soldier Field for at least the start of the football season.

The Bears announced in mid-August that they would not have fans in the stands due to the COVID-19 pandemic.

In a statement, the Bears said they worked with Soldier Field, the Chicago Park District and public health officials to determine whether a plan for fans that followed city, state, CDC and NFL guidelines could be developed to allow a limited number of fans at Bears games.

"After discussing the draft plan with city health officials, the Bears and the City of Chicago agreed the health metrics show that it is not the right time to welcome fans back to Soldier Field," the team said in a statement. "The health and safety of the city's residents and fans of the Bears will always take priority."

Mayor Lori Lightfoot and the team reiterated that stance again on Friday.