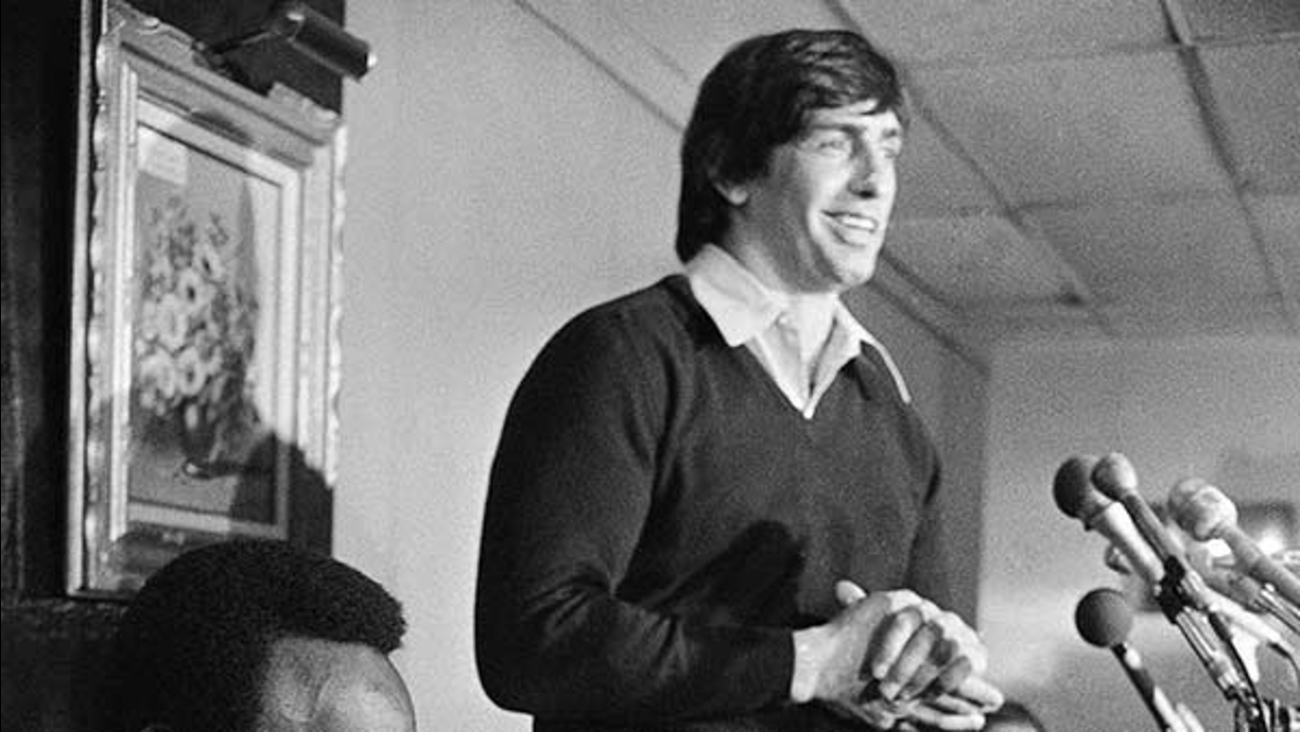 Police say Buffone was found dead in his University Village home in the 1200-block of West Lexington by paramedics Monday afternoon.

Buffone was drafted by the Bears in 1966, spending 15 seasons with the team. In his post-NFL life, he hosted various Bears talk shows and the post-game shows for the games, co-hosted by former player and teammate Ed O'Bradovich, on 670 The Score.

Buffone started a record 186 games as a Bear, during which time he recorded more than 1,200 tackles and 24 interceptions.

Buffone was an outspoken critic of the team in slow times, quoted by the Tribune from his radio show saying, "I could have gone to Rush Street last night and found 24 players who could do better than the Bears did today."

"For 15 seasons, Doug Buffone's play on the football field brought fear to his opponents but joy to his legions of fans here in Chicago," Mayor Rahm Emanuel said in a statement. "His talent for tackling on the field earned him a special place in Bears history and his contributions in business and broadcasting made him a treasured member of our community off the field. The thoughts and prayers of the people of Chicago are with Doug's family, friends, and many fans during this difficult time."

"Today is a sad day for Bears nation," said former Bears linebacker Brian Urlacher, who like Buffone played his entire career with the team. "We lost one of our greats. Doug Buffone will be missed."

A native of Yatesboro, Pennsylvania, Buffone was a fourth-round draft pick by the Bears.

Buffone had 10 fumble recoveries, nine forced fumbles and 37 sacks. He had 1,257 tackles, going over the 100 tackle mark in seven seasons.

"It drove him nuts when we didn't play well and we always appreciated that he wore his heart on his sleeve because we knew how much he cares," McCaskey said in a statement.

Former Bears coach Mike Ditka said Buffone had a lot of passion for the team, adding he has "nothing but great memories about him."

In a statement, Hall of Famer Dick Butkus, who played alongside Buffone on the Bears for seven years, said a "great man" was lost.

"I will always remember him for his football talent, sense of humor and enduring friendship," Butkus said. "He was a very special guy."

"His was a life really well lived," WSCR-AM broadcaster Dan Bernstein said. "He understood how important it was to go out of your way to appreciate your family and the good things that you have."

Bernstein said he has encountered former football players who were bitter about what they had to sacrifice.

"That bitterness never, ever was there with Doug ever," he said.

A visitation service for Buffone will be held at Old St. Pat's Church on Friday from 2-6 p.m. A funeral service will follow.