App alert: What are you giving up when you download?

ABC7 I-Team Investigation
WLS
By Jason Knowles
CHICAGO (WLS) -- Social media, games, managing money - free apps are all over our smartphones. But what are you giving up when you download?

You think all of your private information is safe on your phone, but many times when you download apps you are allowing extraordinary access and in some cases, give up sensitive data. The ABC7 I-Team now shows you how to avoid sharing too much.

"Over half of the phones that we looked at had apps that had access to your contacts, your SMS, could record your audio, could turn on your camera, they need your geo location, they can access the internet," said Andrew Hoog, Now Secure.

Now Secure in near west suburban Oak Park monitors the security of apps. Hoog says many times users are quickly agreeing to give apps access to pictures, texts and more.

"So you can see all of these things are accessing my photos. Do I really want Skype to access my photos?" Hoog said.

Robert Neivert, COO of Private.me in San Francisco, says consumers are paying for free apps with their information.

Facebook says Messenger does not initiate phone calls on people's behalves, and that the app only has access to your phone's camera and mic, only when you're using the app to make calls or send pictures. But what you share with apps can also be bait for hackers.

Hoog says his company recently uncovered a vulnerability in the Key Me app, which allows users to make key copies after taking pictures.

"And literally the images of your pictures as they are being sent are susceptible to attack...your user name and password so they could log back in as you and they could take off pictures of all of your keys," Hoog said.

Key Me said if an attacker tried to get a customer's key codes, email alerts would be sent and said that " risk scenario" could have only occurred on an unprotected WiFi network, and that it's now resolved.

And your personal data is collected by Venmo, a popular app used to share money. But it recently added a feature which notifies users of account changes after a customer told ABC News that hackers stole $2,000 from his account.

"There was no notification on my phone," said Mohsin Charania, whose Venmo account was hacked.

Venmo says it has teams dedicated to fraud prevention and customer support.

Tech experts say you should beware of apps which ask to "always " track your location, others may only ask to track it while you are using the app. You can also choose the "never" option so an app can never track you.

In November, Uber took disciplinary action against its New York general manager accused of using an in-house tool to track a journalist. Uber says it recently enlisted privacy experts to examine how it safeguards user data. 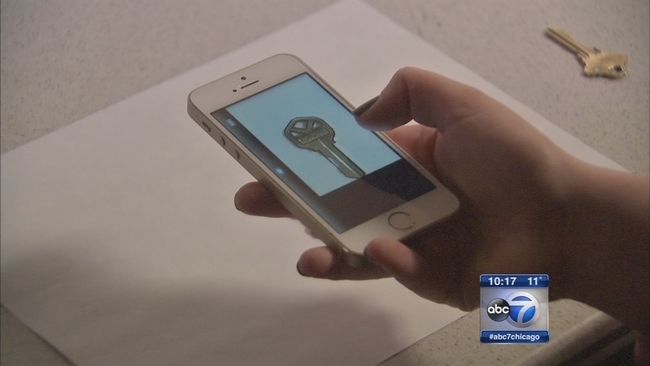