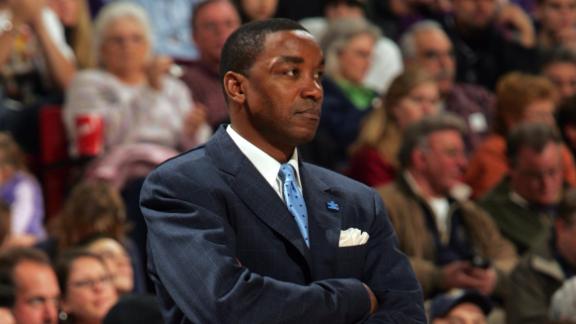 ESPN
By Chris Broussard
Isiah Thomas is returning to New York basketball, despite a checkered reign with the Knicks that ended ignominiously in the aftermath of a 2007 sexual harassment scandal.

Thomas has become president and part owner of the New York Liberty of the WNBA, the team announced Tuesday.

"I am honored to have the opportunity to lead the New York Liberty and help the franchise reclaim its position as one of the elite teams in the WNBA," Thomas said in a statement.

Thomas will preside over both basketball and business operations for the Liberty, which along with the Knicks are owned by Madison Square Garden chairman James L. Dolan, who hired Thomas as Knicks president in 2003. Thomas has served the Liberty in an unofficial advisory role for the past few years, consulting on the hiring of head coach and general manager Bill Laimbeer, his former Detroit Pistons teammate. Laimbeer was relieved of his duties after two seasons in October 2014, before the Liberty hired him back in January as coach only.

"The Madison Square Garden organization announced that Isiah Thomas has been named president of the New York Liberty and that he will take an ownership interest in the team, pending WNBA approval," WNBA president Laurel Richie said in a statement. "New owners are approved by our WNBA Board of Governors, and this process has not yet begun."

Asked to comment Tuesday, the NBA only would refer to Richie's statement.

Thomas, the Hall of Fame point guard who led the Pistons to two NBA championships, returns to Madison Square Garden seven years removed from his controversial tenure as the president of the Knicks from December 2003 to April 2008.

In his new duties with the Liberty, Thomas told ESPNNewYork.com's Ian Begley that he will have no role with the Knicks. Thomas said he'd been serving as a consultant to Dolan on the WNBA team since the fall.

"He asked me about coming to the Liberty and working with the Liberty and I gave it some thought," Thomas said. "And we got to the point where I was comfortable enough to accept the role."

Thomas added that he hasn't consulted with Dolan on the Knicks recently.

"Just the Liberty," he said.

During his time with the Knicks, Thomas served as president and eventually head coach.

In 2007, when Thomas was coaching the Knicks, a former team executive alleged that he sexually harassed her. Although Thomas maintained his innocence, a jury found that Madison Square Garden, owner of the team, improperly fired her for complaining about the unwanted advances. The jury also ruled that Anucha Browne Sanders, the former executive, was entitled to $11.6 million in damages from MSG and Dolan. In December 2007, MSG and Dolansettled the case with Browne for $11.5 million.

"We did not believe the allegations then, and we don't believe them now," the statement read. "We feel strongly that Isiah Thomas was held responsible for sordid allegations that were completely unrelated to him, and for which MSG bore responsibility. In fact, when given the opportunity, the jury did not find Isiah liable for punitive damages, confirming he did not act maliciously or in bad faith. We believe Isiah belongs in basketball, and are grateful that he has committed his considerable talent to help the Liberty succeed."

While with the Knicks, Thomas hired and fired some of the biggest names in basketball, including head coaches Lenny Wilkens and Larry Brown, and signed, drafted or traded for talents such as Stephon Marbury, Zach Randolph, Jamal Crawford, David Lee and Nate Robinson. Thomas' moves, however, never led to much success on the court.

Dolan's Knicks didn't win a single playoff game during Thomas' stint as team president despite regularly having the NBA's highest payroll. Thomas also went 56-108 in two seasons as their coach before being fired.

"In the fall, Isiah and I began discussions about a possible role for him with the Liberty," Dolan said in a statement. "Since that time, Isiah has been advising the team, and we are very pleased with the results. ... Now, we've agreed that it is time for him to take a lead role with the team as president, and through his ownership interest.

"He's an excellent judge of talent, and I'm confident that he will put all of his energy and experience into making the Liberty a perennially competitive and successful team."

Thomas, who eventually became the head coach at Florida International University after leaving the Knicks, has worked in the NBA in several capacities. He was the first general manager of the Toronto Raptors and the head coach of the Indiana Pacers before landing with the Knicks.

While Thomas was with FIU, where he was 26-65 in three seasons, Dolan tried to hire him as a consultant in 2010, but that plan was scrapped because it violated NBA rules.

Thomas has spent the past year as a commentator working for NBA TV, and sources said he will continue in that role while working with the Liberty.

Information from ESPNNewYork.com's Ian Begley and The Associated Press contributed to this report. 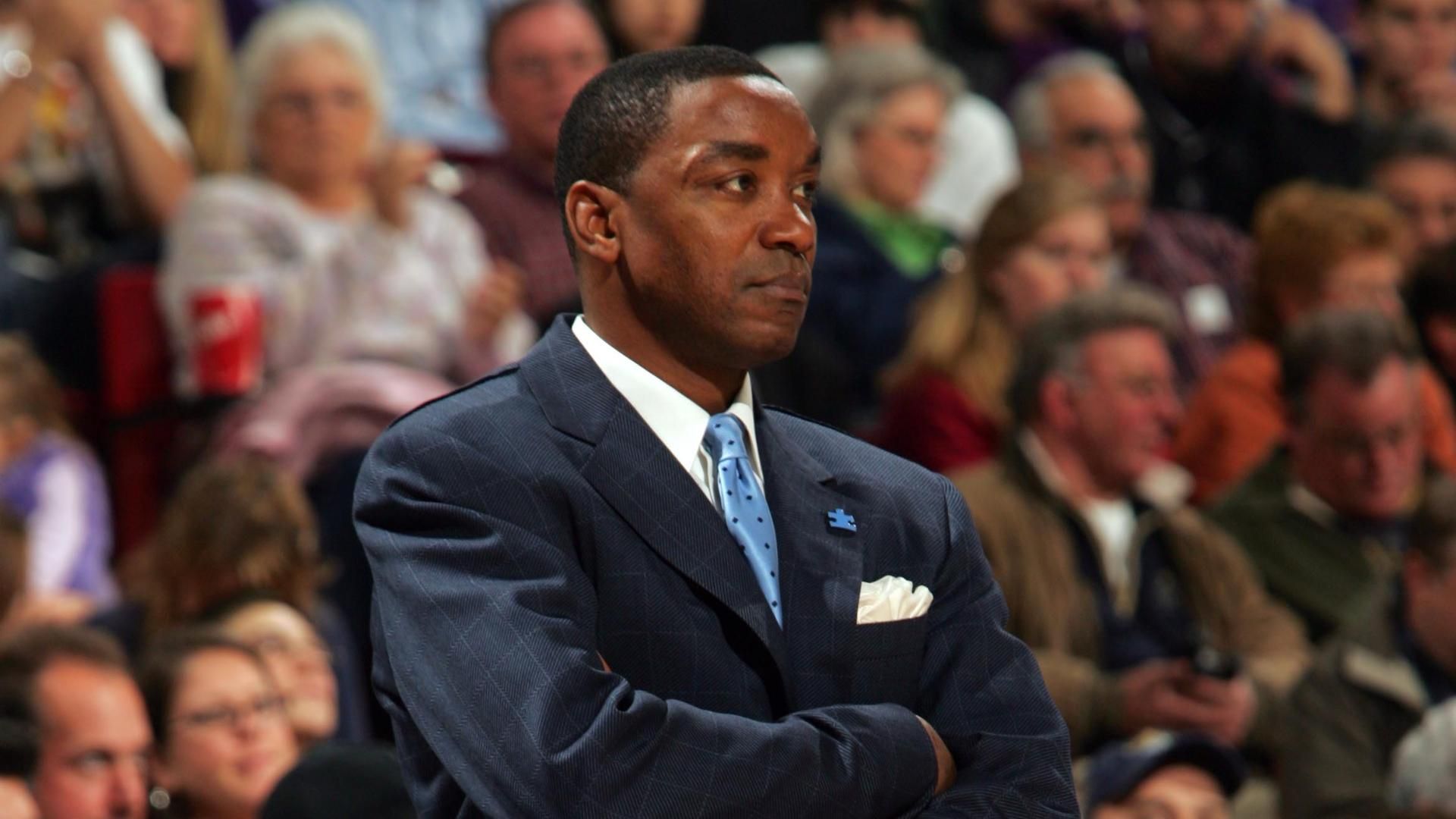