The families of a young couple shot by the officer are demanding answers. People joined the families to protest at the site of the shooting and then marched to the Waukegan police station.

The family of 19-year-old Marcellis Stinnette said he was killed while sitting inside a car with his girlfriend, 20-year-old Tafarra Williams, a mother of two, who was driving the vehicle.

Williams was wounded, but Stinnette, the father of her child. was killed. Police said no weapon was found in the couple's car.

The investigation is being led by Illinois State Police and the two police officers have been placed on administrative leave.

Williams' mother said she does not believe the police account of what happened, and hired an attorney to help.

The families, along with the Rainbow PUSH Coalition, are demanding to see all the footage from Waukegan police and that the attorney general take over the investigation.

"Tafarra, justice will be served because they left you to speak for the ones that can't speak," Johnson said.

Body camera and squad car video was turned over to the Illinois State Police, who are investigating the incident, Commander Navarro said in his statement.

Protestors marched through the streets of Waukegan in search of clarity, but the Stinnette family is trying to make peace with Marcellis' death.

"And the police officer, he's forgiven," said Sherrellis Sheria Stinnette, mother of Marcellis. "I have to forgive him. That's what God wants me to do."

"We would like justice, but we also would like police reform, said Zhanellis Banks, sister of Marcellis.

The officer who fired shots is a Hispanic man who has been on the force for five years, Commander Navarro said.

Waukegan Mayor Sam Cunningham encouraged anyone with additional information or surveillance video to bring forth evidence for investigators to make the best decision.

FULL STATEMENT FROM LAKE COUNTY STATE'S ATTORNEY MICHAEL NERHEIM:
I have been advised that a Waukegan Police Officer was involved in an incident last night that resulted in one person being shot and killed and a second shot and seriously wounded. In that regard, Waukegan Police officials released a statement this afternoon regarding the incident, which I have attached at the end of this release.
It is important for residents and media members alike to understand the process that takes place in these types of cases.
First, the Waukegan Police Department has called in the Illinois State Police to conduct a thorough, independent investigation into the shooting. It's important to note the Illinois State Police will conduct this investigation on their own, and that the Waukegan Police Department will play no role whatsoever in the investigation.
Once the Illinois State Police completes their investigation, the entire investigation will be turned over to my office for a thorough review. I do not receive any information until the entire investigation is complete, which can take several weeks to finish.
Once I have had the opportunity to review the entire investigation, I will make a determination regarding whether the officers violated any laws. Should it be determined the officers violated a law, they will be criminally charged. If laws were not broken, I will write up a detailed statement that will completely review the facts, show the evidence, explain applicable laws, and give our reasoning for the final decision. At that time, the case entire file will be made available to the public on the state's attorney's website at www.lcsao.org.

Again, it's important to reiterate this process takes time. In addition, there are ethical rules which restrict our ability to release information while the investigation is pending. These rules are in place to ensure a fair and accurate investigation.
I am certainly aware these situations are potentially volatile and elicit many emotions. I strongly urge and hope for continued calm and patience as the investigation takes place.
Finally, our deepest condolences go out to the families and friends of the person that was killed and our prayers for a speedy recovery go out to the person injured in this unfortunate situation.

FULL STATEMENT FROM WAUKEGAN POLICE DEPARTMENT
On October 20, 2020 at approximately 11:55pm a police officer (officer #1) from the Waukegan Police Department's (WPD) Patrol Division was investigating an occupied vehicle in the area of Liberty Street and Oak Street. The vehicle was occupied by two people. While conducting the investigation, the vehicle fled from officer #1.
Moments later another police officer (officer #2) spotted the vehicle in the area of Martin Luther King Jr. Avenue and South Avenue. While officer #2 was out of his vehicle, and approaching the suspect vehicle, it began to reverse. Officer #2 fired his semi-automatic pistol, in fear for his safety.
The driver and passenger were both struck by gunfire. The driver was taken to an area hospital with serious injuries, but expected to recover. The driver is currently being identified as a female black in her 20s from Waukegan.
The passenger was taken to an area hospital where he later passed, due to his injuries. The passenger is currently being identified as a male black in his late teens from Waukegan. Lake County Illinois Coroner Dr. Howard Cooper has scheduled an autopsy for later today. Once the autopsy has been completed and proper family notifications have been made, Coroner Dr. Cooper will release the passenger's identity.
Waukegan Police Chief Wayne Walles requested that the Illinois State Police (ISP) - Zone 1 Investigations respond to the incident and investigate the shooting. Once the ISP has completed their investigation, those findings will be presented to the Lake County Illinois State's Attorney's Office for review.
No firearm was recovered from the fleeing vehicle. The WPD is a body camera and squad car camera department.
Officer #1 is a male white with 5 years of experience at the WPD.
Officer #2 is a male Hispanic with 5 years of experience at the WPD.
Report a correction or typo
Related topics:
waukeganfatal shootingprotestpolice shootingtraffic stop
Copyright © 2021 WLS-TV. All Rights Reserved.
FATAL SHOOTING 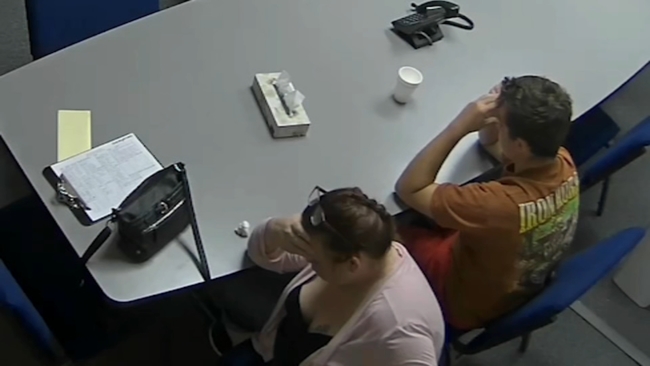 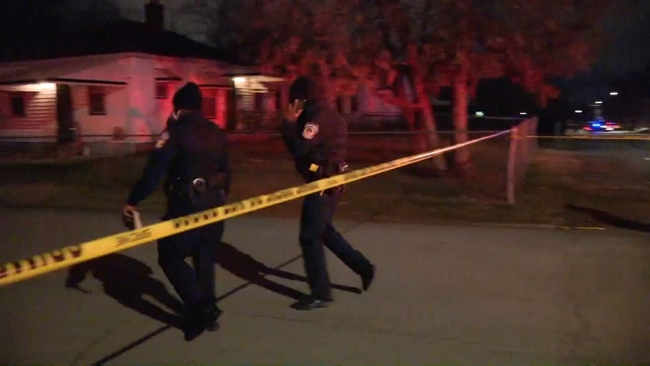 Juvenile arrested in Indianapolis killings of 5, including pregnant woman