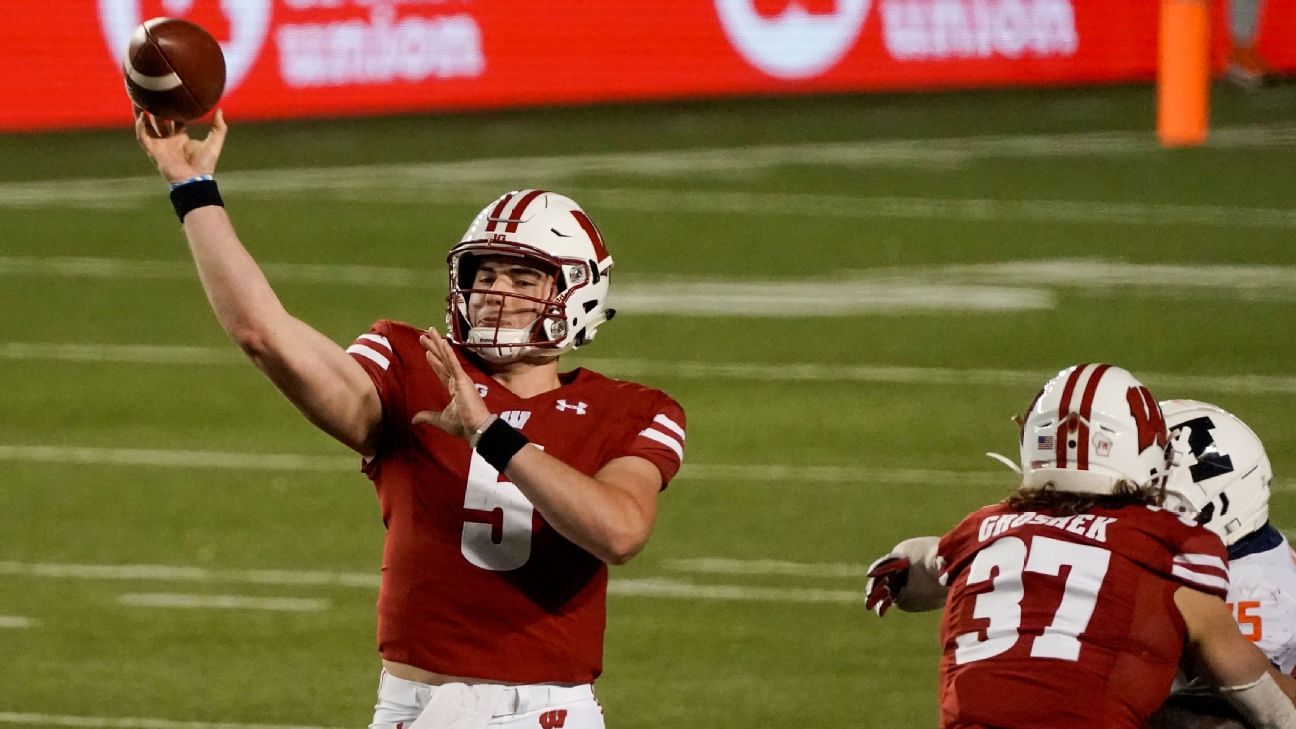 Can you ever remember a season when there were so many undefeated teams this late in the year? Simply unprecedented.


That's some of that classic football humor.

The Big Ten is back! Welcome, friends.

There's going to be more football to keep track of, so we're here to find the best of the day, from uniforms to highlights to a parody political attack ad from Montana State highlighting how its coach, Selfish Jeff, has dominated Montana recently. Don't be selfish. Stick around.

Before the game, there were questions about quarterback Graham Mertz and if he was ready to be the starter after Jack Coan went out with an injury. Now, there are no questions about Mertz. He completed 17 straight passes, had five total touchdown passes and showed a lot of what people saw from him as one of the top high school recruits in the country. Wisconsin's run game wasn't as strong as we're used to seeing, but Mertz and his arm made up for it and then some in this win over Illinois. -- Tom VanHaaren

Yep, the first one of his career, actually. It was definitely a memorable moment for Garrett Williams as it was his first career interception.

The INT you have to see to believe

Don Chapman shows why you should never give up on a play after he stole this TD away from NC State.

That's one way to score

Florida State'sJordan Travis used some basketball skills to get this TD run off.

Who's a good dog?

Michigan State got creative with its cutouts and filled part of a section with dogs.

In his first start, former blue-chip recruit Graham Mertz showed he won't be relinquishing the job any time soon. The redshirt freshman finished the day 24 of 25 for 248 yards and five touchdowns in a 45-7 rout of Illinois. Wisconsin with a big-time, dynamic quarterback? That could be a scary thought for the rest of the Big Ten. And the Overland Park, Kansas, native impressed his hometown QB, too.

Back in August, the Louisiana program was rocked when beloved 31-year-old assistant coach D.J. Looney died of a heart attack. Looney was the heart of the team, and they've been playing for him ever since. Last night, with Looney's family in attendance and with the players all wearing Looney's name on the back of their jerseys, the Ragin' Cajuns snapped UAB's 21-game home winning streak with a 24-20 win.

Both UCF and Mississippi State are wearing unis that highlight their history with America's space programs.

Meanwhile, back on Earth

Air Force kept it in the atmosphere, but they're still on up there.

Go for the gold

Texas is wearing throwback uniforms as part of a "Retro/Throwback celebration" for its 110th meeting with Baylor. It'll be the first time Texas has worn this combo at home since a 1950 game against Purdue.

A symbol of unity

Bird is indeed the word

Both the Illinois Fighting Illini and the Wisconsin Badgers had their eyes on the ball ... or a shoe.

Fans might not be allowed at games this season in the Big Ten, but traditions still remain.

We've all seen the turnover chains and the copycats, but Tulsa has a touchdown hat. Introducing the JUJU hat. 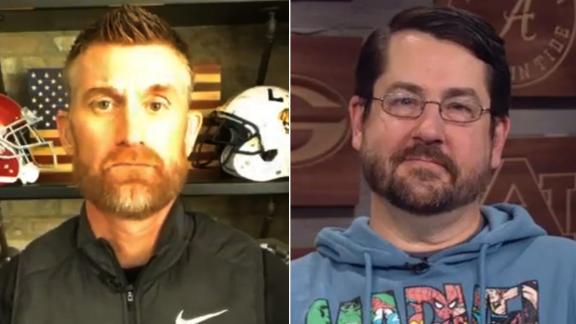 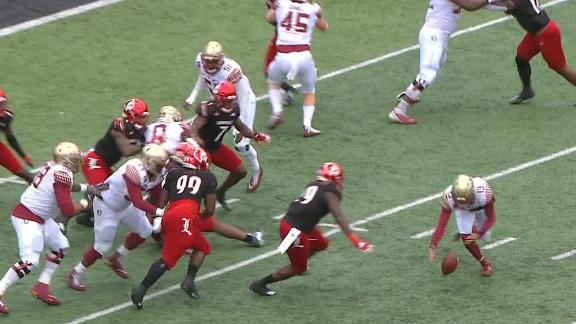 Travis dribbles own fumble on wacky Florida State TD
Jordan Travis loses the ball on a fake handoff, but recovers it and jukes a defender as he runs in for a touchdown. 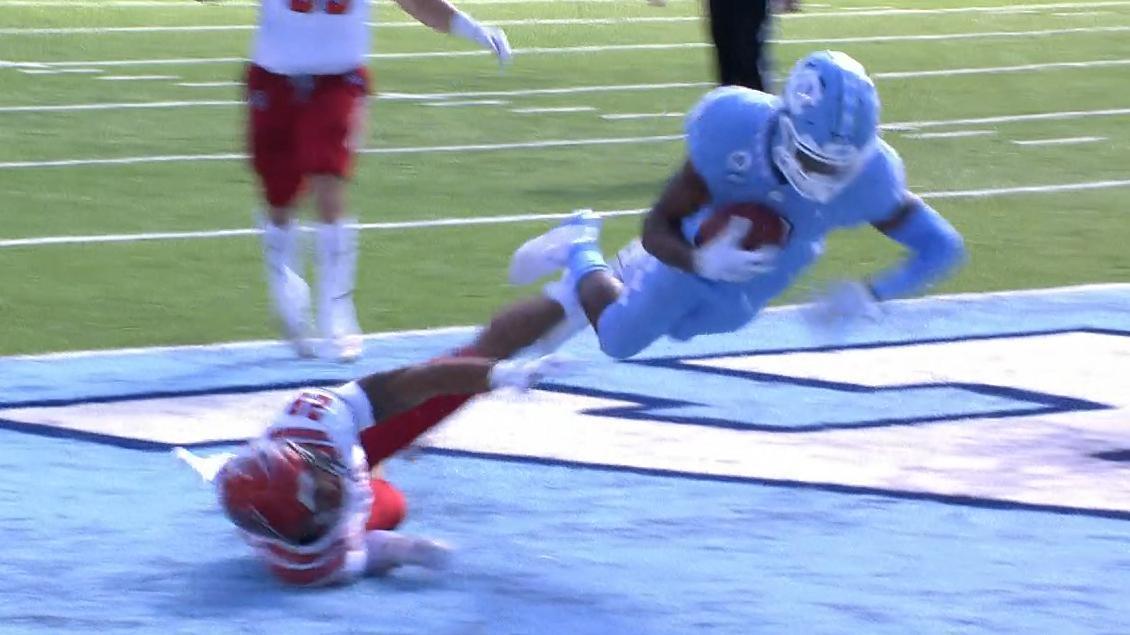