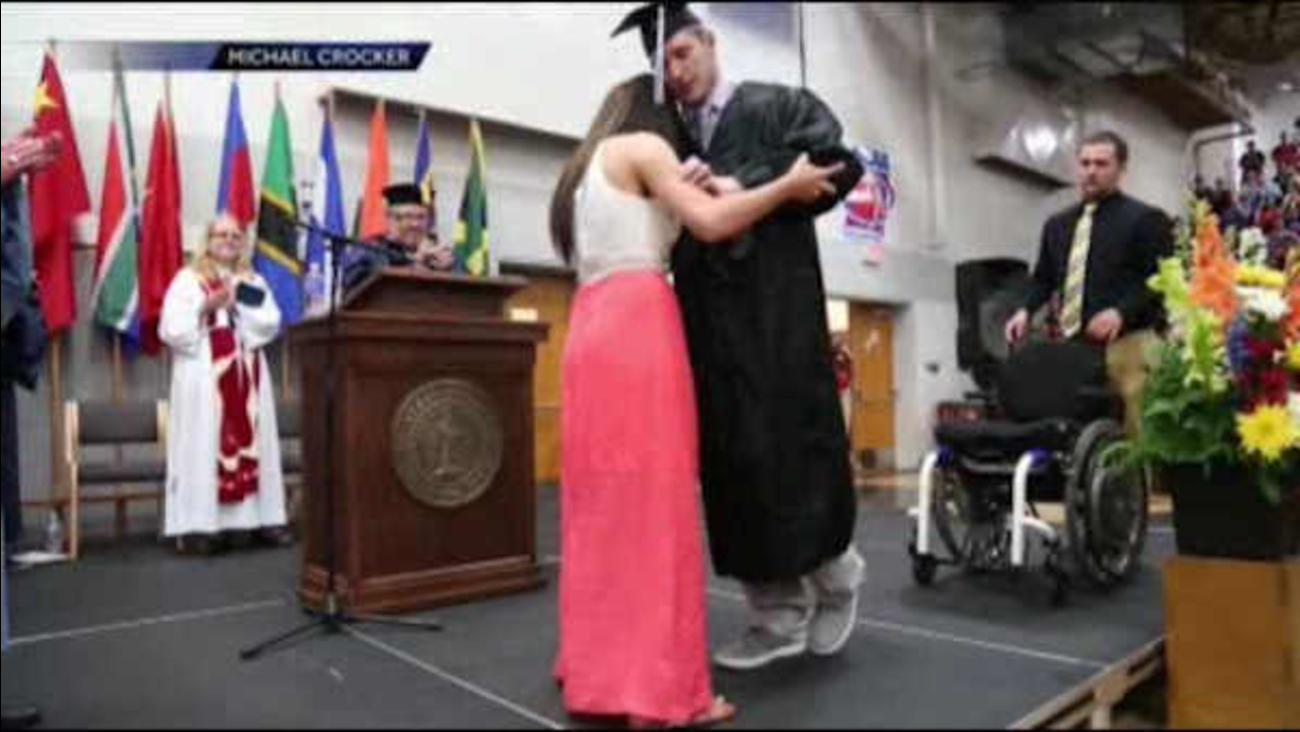 A young man from Iowa who was paralyzed in a football game made the comeback of a lifetime, walking with help to receive his college diploma, and to propose.

Chris Norton was not the only person excited about his walking across the stage to get his diploma Sunday.

"It was an amazing moment to share with family and friends," he said. "It was incredible."

And it meant just as much to his father.

"The crowd just erupted," Terry Norton said. "And they went on for the entire time he was up there. It was just emotional. Everybody was on their feet."

Especially when you realize just how far Chris has come.

After getting injured during his freshman year of college, doctors all but told him it would be a miracle if he walked again.

"I mean, his first therapy session was nodding his head yes and no," Terry said.

But for Chris, failure was not an option. He leaned on those around him and a higher power when times got tough.

"With hard work and your faith, your family and friends, anything really is possible," he said. "You just have to keep believing in yourself."

Walking across the stage was not the only major milestone for Chris, as the young lady helping him used to be his girlfriend. Now, she's his fiancee.

Chris proposed to Emily Summers the day before graduation.

"I said, 'oh, my gosh!' so surprised," she said. "I did not see that coming at all. It was awesome. It was definitely the best weekend I've ever had."

Chris says he is just beginning. He and his father have written a book titled, "The Power of Faith When Tragedy Strikes" due out later this year.