Lil Wayne meets with Donald Trump, appears to endorse him for 2020 election

WLS
Another hip hop star is being linked with President Donald Trump in the lead up to the 2020 election.

Lil Wayne, one of the most prominent rappers of all time, Tweeted on Thursday that he had just had a "great meeting" with Trump.

Just had a great meeting with @realdonaldtrump @potus besides what he’s done so far with criminal reform, the platinum plan is going to give the community real ownership. He listened to what we had to say today and assured he will and can get it done. 🤙🏾 pic.twitter.com/Q9c5k1yMWf

Lil Wayne met with the president to talk about his "Platinum Plan" for Black America. That's the same plan that rapper Ice Cube reportedly advised the president about.

Ice Cube, who has been a vocal critic of Trump, even releasing a song titled "Arrest the President" in 2018, said he advised the president because "Black progress is a bipartisan issue."

Black progress is a bipartisan issue. When we created the Contract With Black America we excepted to talk to both sides of the isle. Talking truth to power is part of the process.

Ice Cube said he does not endorse anyone in 2020, but he has spoken with both the Trump and Biden campaigns after releasing his "Contract With Black America" in July.

Rapper 50 Cent also seemed to voice some support for Trump on Oct. 19. Although he and his ex-girlfriend later walked back the support.

In 2018, rapper Kanye West met with and endorsed his support for Trump. West is now running an independent campaign for president. After announcing his own candidacy, West rolled back his endorsement of Trump.

Trump, a prominent figure in pop culture for decades, was often featured in hip-hop lyrics with rappers glorifying his wealth and power.

The courting of hip-hop stars comes as both Trump and Biden look to find more votes to propel them to the presidency.

Trump received just 8% support from Black voters in 2016. But he and other Republican advocates are arguing that Democrats are taking advantage of Black Americans' support and not doing enough to help them.
Report a correction or typo
Related topics:
politicsrappervote 2020hip hop2020 presidential electionpresident donald trump
Copyright © 2021 WLS-TV. All Rights Reserved.
More Videos
From CNN Newsource affiliates
TOP STORIES 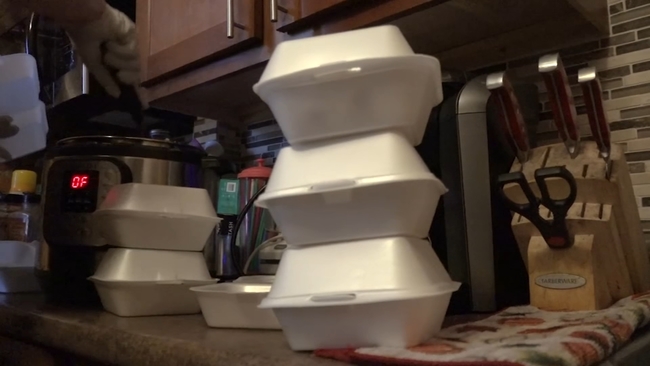