WLS
FOREST PARK, Ill. (WLS) -- Eight people are in custody in connection with an auto theft and hit-and-run that ended with a crash into an apartment building Wednesday afternoon in Forest Park.

Elmhurst police said several people stole a 2016 Infinity SUV that was parked in a residential driveway in the 200-block of Grantley around 3:15 p.m.

As the resident confronted the thieves, they fled the scene and struck another vehicle near North Avenue and Emroy. Elmhurst police stopped their getaway vehicle and took seven people into custody at 2nd and Addison following a brief foot chase.

Around the same time, Forest Park police spotted the stolen vehicle exiting I-290 Jackson Boulevard, police said. The driver failed to negotiate the curve and crashed into an apartment building in the 500-block of Jackson in Forest Park.

"I heard sirens going and then I heard the bang," said neighbor Carolyn Jones. "It was like nine police cars out here at the time, but I didn't see who was in the car.

Police said a female driver got out of the car and started running, but was caught by officers after a brief chase. Police said she was identified by the victims and transported back to the Elmhurst Police Department.

The woman who lives in the apartment was home at the time of the crash and was not injured.

"The lady who lives there said she had just thought about that yesterday, that it's so dangerous here, she said 'I never sit in my front because I'm always scared somebody's gonna run through there, a car coming up through there,' and that's what happened," Jones said. "Very, very lucky she wasn't in her living room because she wouldn't be here."
Report a correction or typo
Related topics:
elmhurstforest parkcar theftcrash
Copyright © 2021 WLS-TV. All Rights Reserved.
More Videos
From CNN Newsource affiliates
TOP STORIES 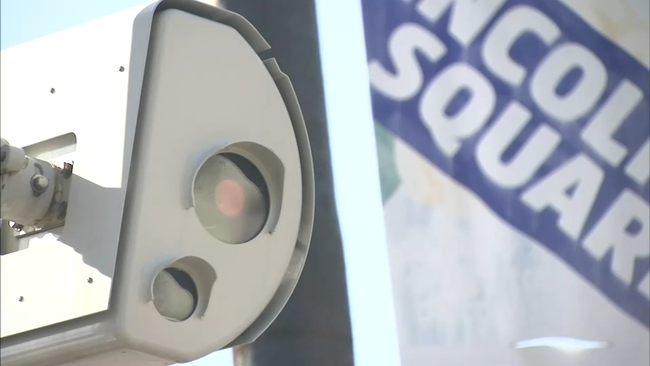