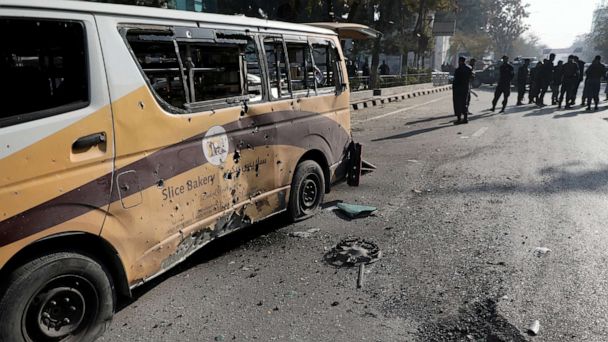 People in Kabul, Afghanistan, woke up to the sound of rockets fired by insurgents Saturday as families rushed toward schools to check on their children and loved ones.

The attack, which happened in a residential area during the morning rush hour, resulted in at least eight deaths and 31 wounded, according to Kabul police. Most rockets landed inside residential houses.


Saturday's attack reminded many people about the days of war between different warlords and the mujahideen factions in 1992, when seemingly every street in Kabul was controlled by warlords.

It also shows how fragile the political and security situation is in Kabul and all over Afghanistan.

Although the Taliban denied any involvement in Saturday's attack, the government intelligence agencies accused the terrorist organization for this and other recent attacks in Kabul and other parts of the country.

Many Afghans are worried about their future after the U.S. announced it would reduce the number of troops in the country to 2,500, which sends the wrong message to many of the Afghan public.

With violence from the Taliban increasing around the country at such a critical time, many hope for a presence of international forces who could militarily and politically force a peace agreement between the Taliban and the Afghan government.


Before Saturday's attack, the State Dept. confirmed that U.S. Secretary Mike Pompeo would meet the Taliban's political leadership in Doha, Qatar, Saturday, as well as the Afghan national negotiating team, chosen by the Afghan government.

The two sides have been stuck for nearly two months now arguing over the mechanisms for peace talks, including thorny issues like terminology or which school of Islamic jurisprudence to use for disputes.

As those talks roll on slowly, fighting on the battlefield has raged on, with U.S. airstrikes helping keep the Taliban at bay from retaking provincial capitals, as the Washington Post detailed .

An Afghan official told ABC News Thursday that the Afghan negotiating team "will not walk out of the table no matter how difficult working with the Taliban is. But there's no appetite for peace among Taliban. They know nothing but war."
Report a correction or typo
Related topics:
abc newsnational
Copyright © 2021 ABC News Internet Ventures.
More Videos
From CNN Newsource affiliates
TOP STORIES