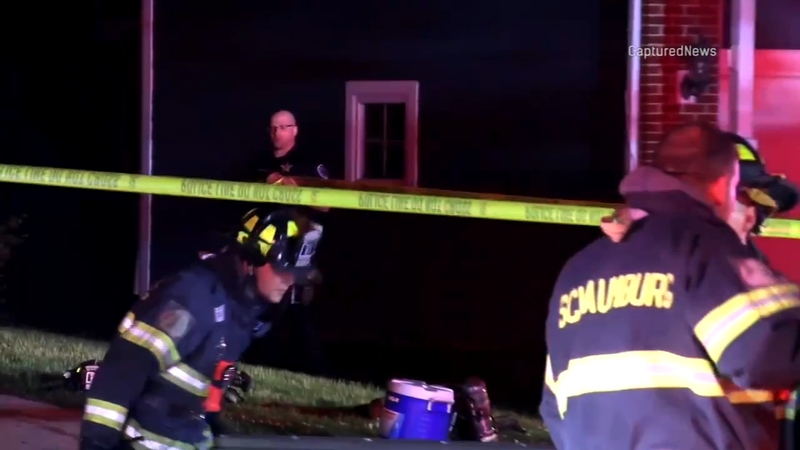 SCHAUMBURG, Ill. (WLS) -- A woman, 84, was killed in a house fire in Schaumburg Friday night.

Police and fire crews responded to the home on Treebark Drive at around 9:21 p.m., according to the Schaumburg Police Department.

Responders found the woman dead on the scene, police said.

An 87-year-old man was taken to AMITA Health Alexian Brothers Medical Center in Elk Grove Village with non-life threatening injuries, police said. Officers helped him safely get out of the building, according to police.

An officer attempted to help the woman, who the man told police was upstairs, but was overcome by heavy smoke and had to leave the home.

One officer was transported to the same hospital for smoke inhalation, treated and released.

The woman is identified as Marlene Murphy of the same address, according to the Cook County Medical Examiner. An autopsy is still pending.