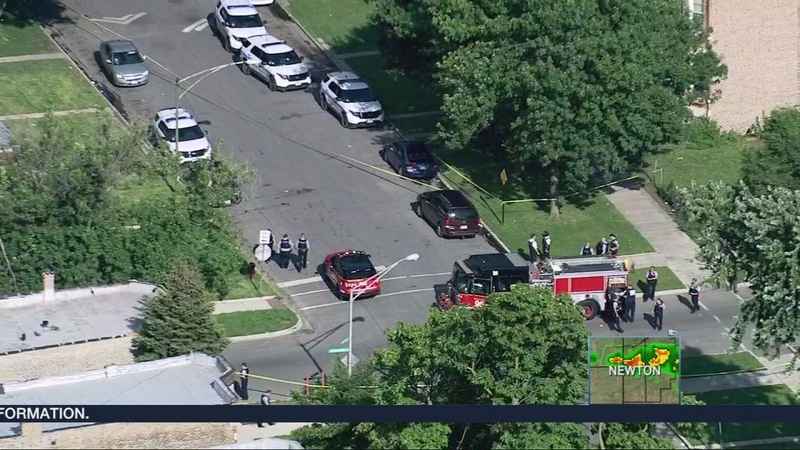 CHICAGO (WLS) -- Five men were injured - one critically - in a shooting in Chicago's West Garfield Park neighborhood around 5 p.m. Friday.

The men were standing in the the 4400-block of W. Fulton around 5 p.m. Friday when someone fired shots, police said.

A 23-year-old male was rushed to Mt. Sinai Hospital in critical condition after being shot in the chest and back, police said.

Police said two male victims, ages 19 and 22, are hospitalized in good condition. Another 19-year-old male was treated for a graze wound and released.

Police said the shooter fled the scene in a compact SUV.