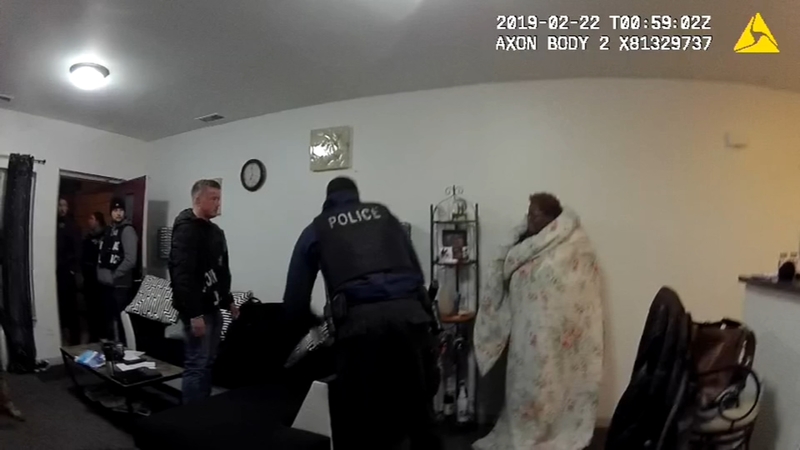 CHICAGO (WLS) -- Chicago Mayor Lori Lightfoot is apologizing to a woman whose home was wrongly raided by Chicago police, following the release of bodycam video of the incident.

Chicago police said officers were executing a search warrant on what turned out to be an innocent woman's home in February 2019.

"This was so terrifying for me that two years later I'm still dealing with it," Anjanette Young said.

Young was made to stand unclothed in front of officers for more than 40 minutes while a search of her home took place.

"Making me stand in front of them naked. Putting handcuffs in front of me while I was naked. No one should have to experience that," she said.

Young stood with her attorney in front of Chicago police headquarters, calling out the officers who burst into her home.

"The reason they say they denied the FOIA request is because there was an ongoing investigation," said Keenan Saulter, Young's attorney. "This isn't about a protective order. This is about a cover up."

Mayor Lightfoot said Wednesday she had no idea the graphic police body camera video existed until it surfaced in the media earlier this week. After trying to distance herself from they city's attempt to block the video, Mayor Lightfoot apologized.

"I have been unsparing in my comments to all involved in this colossal mess. Ms. Young's dignity was taken from her and that's inexcusable," Lightfoot said. "I am sorry. What you experienced should never have happened, period."

"If we are for the safety and wellbeing of Black women, if we are for justice, if we are for accountability, we need to make sure that information is out," 33rd Ward Ald. Rossana Rodriguez-Sanchez.

The mayor has ordered a full release of all bodycam video from that night, and is asking for state lawmakers to look into the laws which govern bodycam video.