WLS
ORLAND PARK, Ill. (WLS) -- Firefighters used a drone to battle a house fire that may have been caused by lightning in south suburban Orland Park.

The fire chief said flames were seen on the roof of a two-story home in the 10800-block of Scarlet Drive just before 3 a.m. Wednesday. When firefighters arrived on scene they found flames spreading across the roof and through the attic. 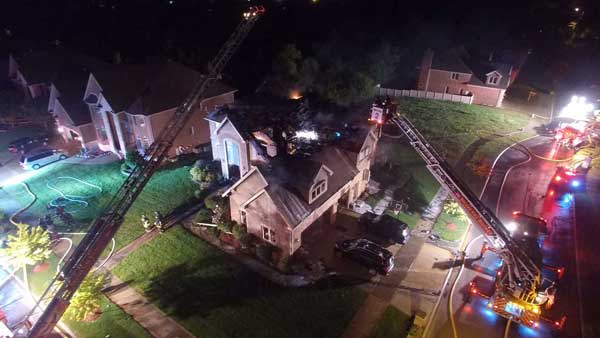 Firefighters determined the family that lives in the home was away on vacation, and then launched a drone to track the spread of flames in order to concentrate water where it was needed. It took about an hour to get the ire under control

Fire officials say the cause of the fire is under investigation, but it is believed that lightning may have hit the home. Thunderstorms with lightning were in the area at the time the fire began. 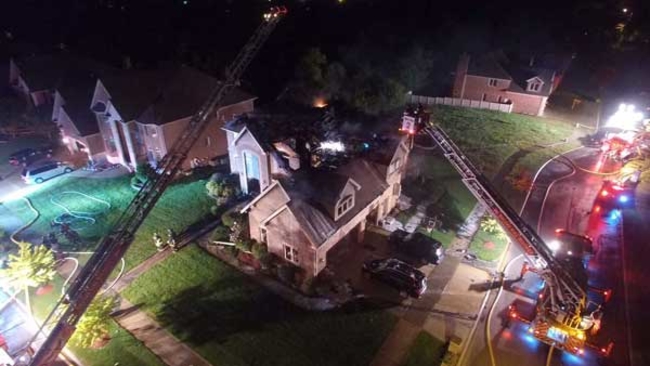 How to make face masks from materials found at home
Free educational resources for kids stuck at home
Legendary singer Bill Withers dies at 81
Coronavirus in Indiana: What to know about 3,437 COVID-19 cases, 102 deaths
Not all mortgages eligible for coronavirus stimulus bill help; is yours?
Show More
Where to find coronavirus testing in Chicago area
Man paid $5K to kill pregnant teen in Back of the Yards: prosecutors
Some in US may not get stimulus checks until August. Here's why.
What to know about Illinois' 7,695 COVID-19 cases
Boy, 4, killed in possible accidental shooting inside Thornton home
More TOP STORIES News