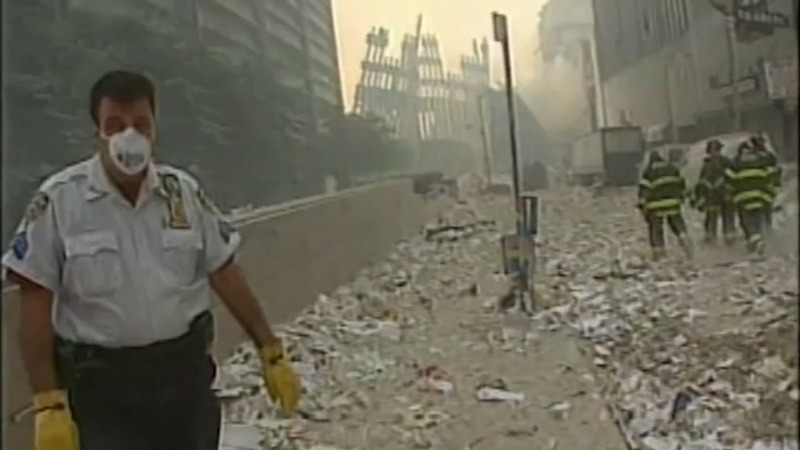 9/11 survivor shares story with students ahead of 18th anniversary

Eighteen years after the 9/11 attacks, survivors like Joe Ditmar share their stories so future generations won't forget what happened on one of U.S. history's most fateful days and to honor the thousands who died that day.

Ditmar can recall the attack like it happened yesterday. He counts his blessings daily, wondering why he is one of only seven survivors of the 54 people in his meeting on the 105th floor of the World Trade Center South Tower that morning.

He's given talks every year, but for the first time many in the audience at Waubonsee Community College were young to remember them, or weren't even born.

"I knew about it, but to hear a personal story was pretty insane," said Kailin McCoy, 18-year-old student. "I teared up a lot."

"We're only going to repeat history if we don't share the history," Ditmar said. "That's the passion I've had for the last 18 years."

It took Ditmar nearly an hour to get down the 105 flights of stairs to the streets of Manhattan, and many of his friends who stopped for a few minutes didn't survive. He also passed first responders on their way up as he went down.

"They knew they were marching up the bowels of hell and they were never coming back," Ditmar said.

Many adults in their audience have their own memories of 9/11, and watching the towers fall changed many lives.

"I was a national guardsman," said Tim Vizoukis, veteran. "We were waiting to be called up. For me it led to two tours of Afghanistan."

A total of 2,977 people were killed in 9/11, excluding those responsible for the attack, and more than 6,000 were injured. Ditmar said he has committed to continue telling his story as often as people would listen to honor those victims.
Report a correction or typo
Related topics:
sugar groveseptember 11historyterrorismseptember 11thu.s. & worldsurvivor story
Copyright © 2021 WLS-TV. All Rights Reserved.
More Videos
From CNN Newsource affiliates
TOP STORIES