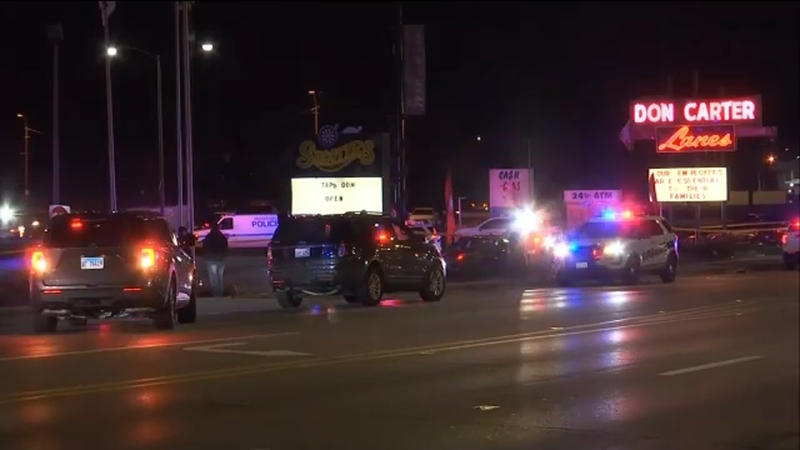 ROCKFORD, Ill. (WLS) -- A gunman opened fire inside a Rockford bowling alley, killing three people and injuring three others Saturday night in what authorities believe was a random attack.

A "person of interest" was taken into custody after the shooting at Don Carter Lanes on East State Street, Rockford Police Chief Dan O'Shea said during a news conference.

Three people were killed and three others injured in an apparently random shooting at a Rockford bowling alley Saturday night.

O'Shea said he did not think any officers fired their weapons, but the shooter was active when police arrived on the scene.

Police said a 37-year-old man was in custody in connection with the incident.

Two teenagers were among those shot, O'Shea said, but he did not know their ages.

Rockford police asked the public to avoid the area during the following investigation in a tweet about 7:15 p.m.

O'Shea said Rockford police received calls for shots being fired at the bowling alley at 6:55 p.m.

Praying for the victims and their families tonight after the heinous attack in our community. As we continue to learn more and hold the responsible party accountable, I want to thank the @RockfordPD for their swift action in apprehending the suspect. #IL16

Rockford is about 80 miles northwest of Chicago.