WLS
By Eric Horng
STREAMWOOD, Ill. (WLS) -- Streamwood police are warning residents after a woman driving alone was pulled over and robbed by a man posing as a police officer.

Police said the suspect was driving a dark colored ford and had activated a blue and red light strip on his dashboard to make it look like an unmarked police car.

He identified himself as a Streamwood police officer, ordered the female driver out of the car and then stole money from the woman's purse, police said. The woman was not physically injured.

Police described the suspect as a Hispanic man in his 20s with a large build. He was wearing a navy blue shirt and pants, meant to look like a police uniform. Police said they're currently working on a composite sketch of the suspect.

Streamwood police said they haven't received any reports that the suspect has targeted anyone else, however, this type of crime has been reported in the Chicago area before.

Three months ago, in Chicago's Englewood neighborhood, Vincent Richardson was arrested wearing a bullet-proof vest, police belt, scanner and had a BB gun and a stun gun. It was his third arrest for impersonating a cop.

Tim Green of West Chicago says his wife was once tailed on the Kennedy Expressway.

"Someone pulled up behind her with flashing lights, and she just had this feeling it wasn't right, and she kept going until the police showed up. And sure enough, it was somebody impersonating a cop," Green said.

If you're unsure of the vehicle attempting to stop you, authorities say to activate your hazard lights, slow down and try to stop your vehicle in a well-lit public place.

You can even call 911 and give your location to the dispatcher, who can verify whether police are in fact behind you. 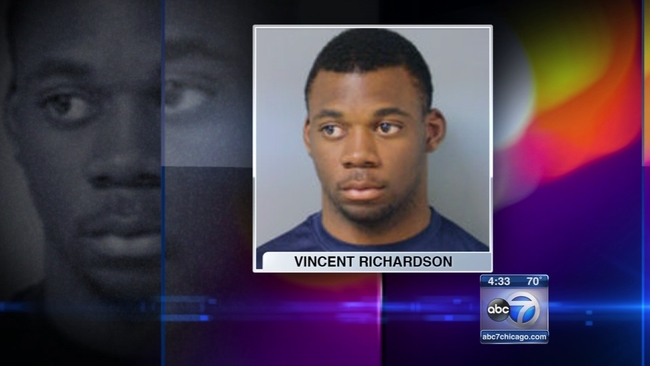