Tortoise and O'Hare: Animal rescued while walking along road near airport 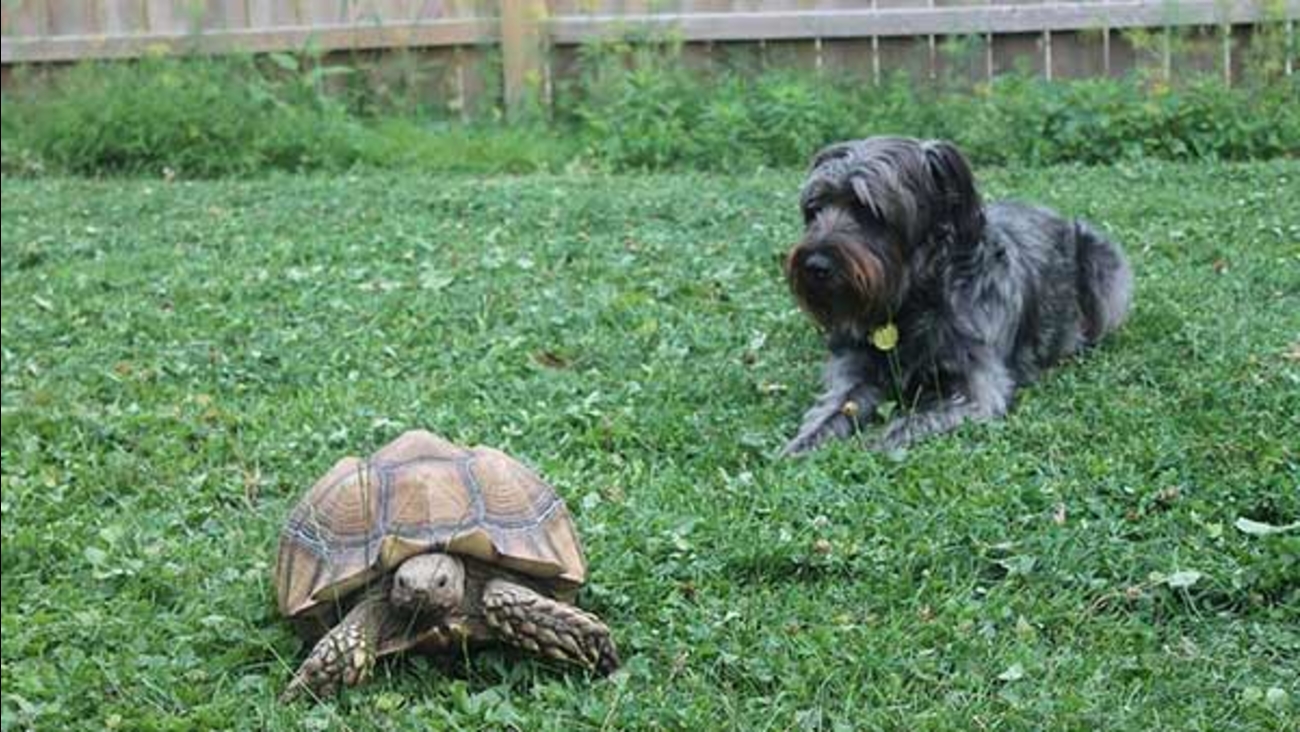 CHICAGO (WLS) -- Harvey the tortoise is once again safe thanks to Chicago police after he was discovered walking along a road near O'Hare International Airport.

Police were called and Harvey, who weighs 30 lbs. and is 12 years old, making him a baby by tortoise standards, was given to an officer for safekeeping.

After posting Harvey's picture to Facebook, police were contacted by Joe Cavataio, an herpetologist who works with Harvey and is friends with his owner.

Cavataio is now caring for Harvey while his owner is out of town, and says it appears that the tortoise somehow got out of his backyard and went wandering.