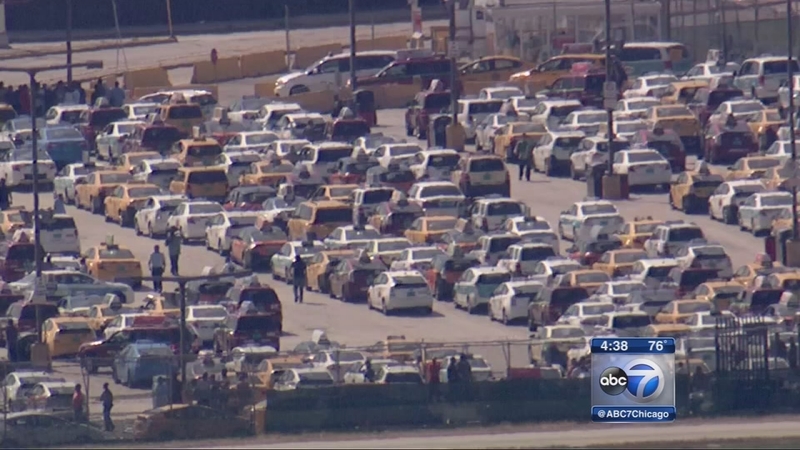 CHICAGO (WLS) -- Chicago cabbies are angry about Mayor Ram Emanuel's push to give airport access to ride-sharing services like Uber and Lyft, as dozens staged protests Wednesday at Chicago's airports. 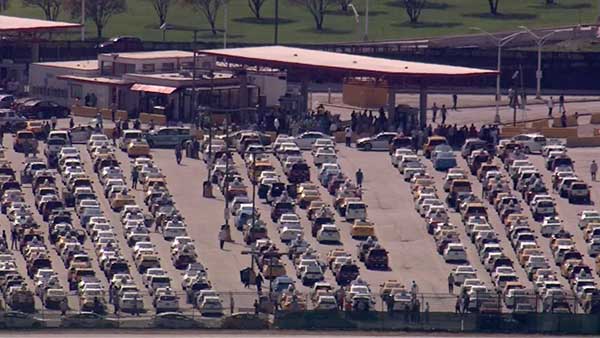 For nearly two hours, taxis did not leave their staging areas at O'Hare and Midway, stranding prospective customers at each airport.

"I wish they would get that fixed because it really is a hindrance to travelers," said Dee Kumpar, a traveler.

Union drivers were protesting a plan to allow ride-sharing services to pick up passengers at the airports. O'Hare and Midway have always have been an exclusive market for traditional cab companies.

"We don't want them at the airport. If they want to join the transportation industry, they can come," said Macarl Johnson, a taxi driver.

In his budget, made public Tuesday, Emanuel proposed giving ride-sharing companies airport access in return for their drivers paying a 50-cent tax when they make a pick up anywhere in the city. The mayor said the plan would raise $65 million. Uber driver Vincent Brent applauded the idea.

"We can't keep ourselves held back in the past forever. That's the whole point of technology, right?" Brent said.

But the regulated cabbies, who must undergo background checks, have chauffer's licenses and commercial insurance among other requirements, want the playing field leveled.

"The proposal outlined yesterday ensures two things. It will provide customers with options for traveling throughout the entire city, and it will put more money in the pockets of taxi drivers by providing the rate increase they have sought for a decade," Mayor Emanuel's office said in a statement. 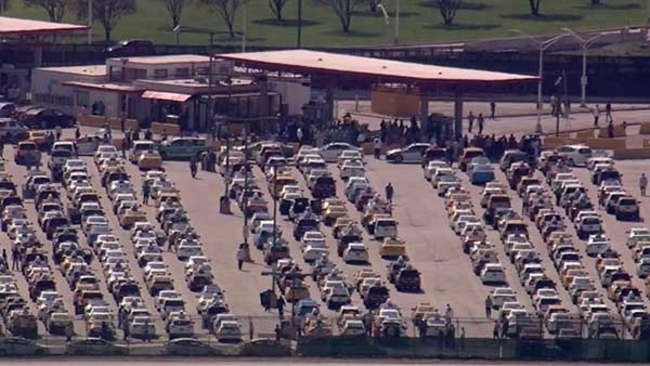 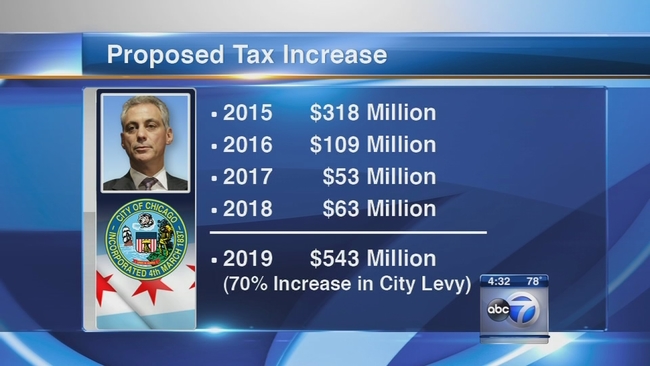