Aaren O'Connor killed by stray bullet in Heart of Chicago 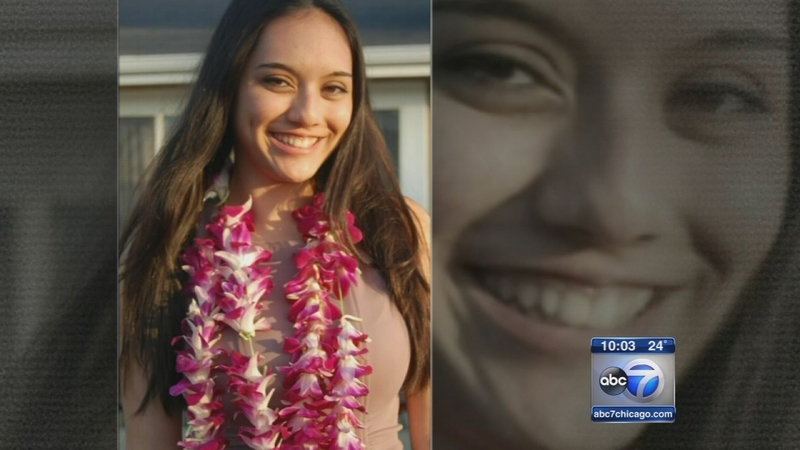 CHICAGO (WLS) -- A young woman killed by a stray bullet in the Heart of Chicago neighborhood is one of the city's latest victims of gun violence.

Aaren O'Connor had recently moved from California here to Chicago for a new job and to be with her long-distance boyfriend. Her father says he didn't want her to go because of the city's violence problem.

"I pleaded with her when she told me she was going to go to Chicago," her father said. "I said there are much safer places for you to be."

Now, David O'Connor is living the nightmare he always feared. His daughter Aaren was killed on the streets of Chicago after moving here from California.

The 25-year-old brand manager was hit in the head in the 2100-block of W. 21st street by a stray bullet, police say, while sitting in her car Friday after getting home from work.

At the time, Aaren was on the phone with her sister. When the line cut out, her father tried calling back.

"She was incoherent, didn't know where she was, and kept saying that her head hurts. Her head hurts," he said. "I wish I could have known what was going on, so I could have told her that I love her one more time."

Aaren's death is one of at least 17 homicides in the first eight days of February - on pace to triple the number of murders from all of February last year.

Now, Aaren's father has a message for the leaders and people of Chicago.

"Enough is enough," he said. "It's just senseless, and it's reckless. And it's really eating the soul out of the city of Chicago and the people who live here."

Police have no one in custody at this time. Aaren worked for toy company Tomy, which is based in Oak Brook. The company has set up a GoFundMe page to raise money for a scholarship in her name for at-risk youth.