Aaron Rodgers practices for 'Jeopardy!' guest host job as intensely as he does for day job on football field

'I wanted to step in and 'Wow' them:' Aaron Rodgers spent hours practicing and preparing for 'Jeopardy!' guest host gig.
OTRC
By George Pennacchio 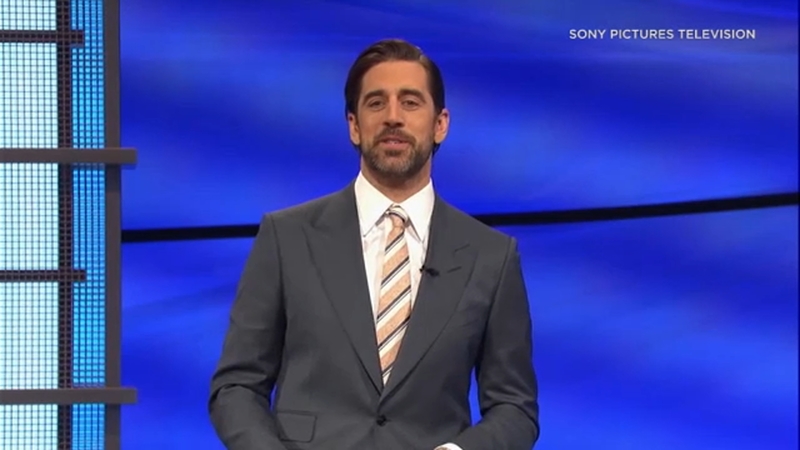 Green Bay Packers quarterback Aaron Rodgers' future is in "Jeopardy!" No, not his football future... he is hosting America's favorite quiz show for the next two weeks. It's a role he slipped into with ease.

It helps that he actually got to play the game on "Celebrity Jeopardy." But truth be told, it's because he's watched the show for most of his life. Because of that... he learned from the best of the best in the host world: Alex Trebek.

"The beauty in what Alex did was he could get so much accomplished by using very few words. I tried to model many of the things he did; but the most important thing was just to bring the respect that I had for Alex and for the show," said Rodgers.

The premiere athlete is known as a fierce competitor on the field. And he prepared for this new job with the same intensity.

A trick play of sorts stunned Green Bay Packers quarterback Aaron Rodgers, not on the football field this time, but on the set of "Jeopardy!"

"It was an audition to be the full time host that's how I approached it, that's why I spent hours practicing and preparing, because I wanted to step in and 'Wow' them," said Rodgers. "It was like 'no I got it, I watch the show.' I'm not an expert of it but got the basic beat points and ready to rock and roll."

Rodgers said he didn't come across any football super-fans on the "Jeopardy!" set.

"A lot of contestants were more regionally based, so there wasn't anybody from Wisconsin who was freaking out, I think many people didn't know who I was which was beautiful in its own. It just reinforced the fact that these are highly intelligent people who spend time reading books not watching TV," said Rodgers.