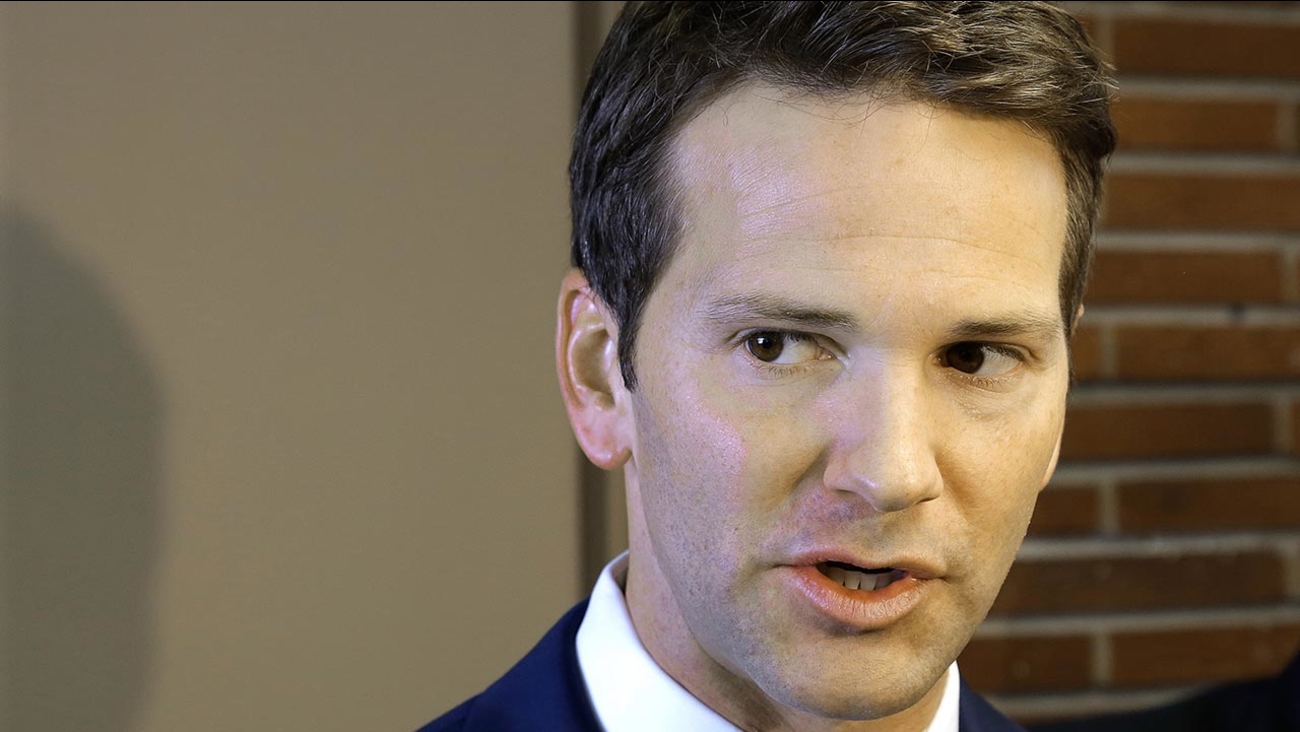 U.S. Rep. Aaron Schock speaks to reporters before meetings with constituents after a week in which he faced twin scandals on Feb. 6, 2015, in Peoria Ill. (AP Photo/Seth Perlman)

Aaron Schock is currently the target of a federal investigation into his spending while he represented the state in Congress.

FBI officials are not saying what evidence they were searching for in his Peoria office.

On the same day, Schock's former executive assistant took the stand before a federal grand jury in Springfield. The assistant handled his travel and expense reimbursements.

Five other Schock staffers have been called to testify since the investigation began last month.