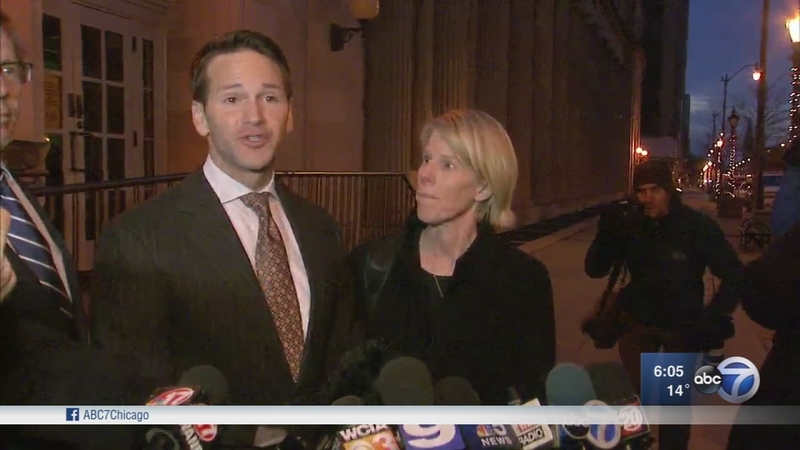 CHICAGO -- Former Illinois Congressman Aaron Schock, who just two years ago was the future face of the Republican Party, pleaded not guilty Monday in federal court to charges that he misused government and campaign money for personal use.

The 35-year-old Republican from Peoria pronounced his plea and gave short answers to questions by U.S. District Judge Sue Myerscough, who set a trial date of Feb. 7.

Appearing calm and dressed in a dark suit with thin stripes, the one-time formidable fundraiser and rising GOP star faces federal corruption charges alleging he used his position to spend lavishly on travel, World Series and Super Bowl tickets and other amenities of an extravagant lifestyle.

The tickets were later sold for a profit, prosecutors allege.

Prosecutors claim he also pocketed thousands of constituents' dollars, hosting Washington tours and meet-and-greets, charging a fee and keeping some of the cash.

Schock has said he is innocent, referring to the spending in question as "honest mistakes."

In a brief statement to reporters after his arraignment, Schock said he looked "forward to all the facts coming out in this case."

The 24-count federal indictment was unveiled last month. It was the culmination of a 19-month investigation that included two grand juries.

Schock is from Peoria and had asked for the case to be moved there, but Myerscough ruled that proceedings should remain in Springfield.

Schock resigned in March 2015 amid intensifying scrutiny over real estate deals, extensive travel and other spending. Questions about his spending were sparked in part by word that he redecorated his congressional office in the lavish style of TV's "Downton Abbey."

The indictment alleges Schock spent $40,000 in government funds to redecorate his Washington office, including $5,000 on a chandelier.

When Schock risked missing a connecting flight for a European vacation, the indictment alleges, he paid a private aircraft company more than $8,000 out of his campaign account to fly him from Peoria to Washington.