Aba brings a taste of the Middle East to Fulton Market 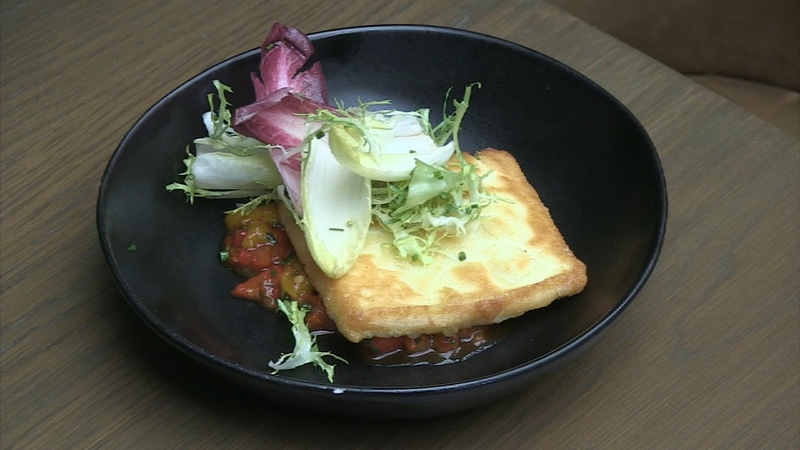 But if you can weave your way through the construction cranes, there's Aba -- a new option combining Mediterranean and Middle Eastern flavors with a fantastic patio to boot.

The team behind Ema in River North now offers Aba, tucked into the third floor of yet another West Loop renovation. The Hebrew words for mother and father, respectively, the theme is similarly Mediterranean and Middle Eastern.

"We've got a kebab section for sure. And some of those are exactly the same from Ema, but we've got some new ones too," said CJ Jacobson, the Executive Chef at Aba.

But there's also bread. As in puffy, homemade "everything" bagels served with whipped honey labneh - that's a type of yogurt - with bits of lemon zest, za'atar - an Israeli spice blend - honey and thyme.

"I love making bread. And we make our bread for the pita, but I wanted more of a challenge I guess," he said.

No challenge in dragging that pita through hummus, which might be surrounding crispy beef short ribs, or an assertive plate of beet tzatziki that's perked up with lemon juice, chives and a finger lime vinaigrette, before getting a grated shower of fresh horseradish. Like most dishes here, a healthy drizzle of olive oil finishes things off.

Kefalotiri cheese is pan-fried in some oil, until crisp; it's then served over a mound of slightly spicy roasted peppers and topped with a slightly bitter salad containing chicories like radicchio and endive. Jacobson says he thinks this style of dining has taken off around the country, due to flavor combinations that have been around for centuries on the other side of the world, in those warmer climates.

"It's more or less healthy. It's the kind of flavors people want to eat as fresh, clean flavors, and it's been that way for a long time and for a long time they got it right. And now you have these guaranteed, lovely flavors that people really get excited about," said Jacobson.

So just when you thought Fulton Market had a little bit of everything, along comes a taste of the Middle East with one of the best patios in the city to boot.
EXTRA COURSE: Two of Aba's desserts, including a crème brulee pie.
EMBED More News Videos

In Steve's Extra Course video, he takes a closer look at two of the restaurant's desserts, including a crème brulee pie.