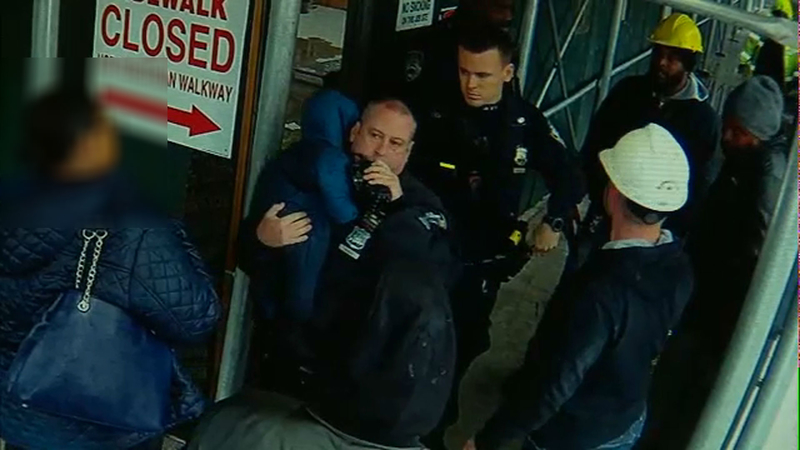 CROWN HEIGHTS, Brooklyn -- A 3-month-old baby boy is safe after his mother handed him off to a stranger outside a construction site in Brooklyn on Tuesday morning.

Police say the 25-year-old mother gave her child to the good Samaritan just after 8 a.m. near Lenox Road and New York Avenue.

The good Samaritan called 911 and waited for police to arrive. The baby, dressed in a coat and pajamas, apparently slept through the incident.

Despite earlier police reports that the child was abandoned, police say the infant was never left unattended at the construction site.

Witnesses say the mom appeared to be going through a range of emotions when she handed her son away. She even fainted at one point but she took off running when police arrived.

The child's mother ran off to Kings County Hospital to apparently seek treatment. She will undergo a psychiatric evaluation and is not expected to be charged.