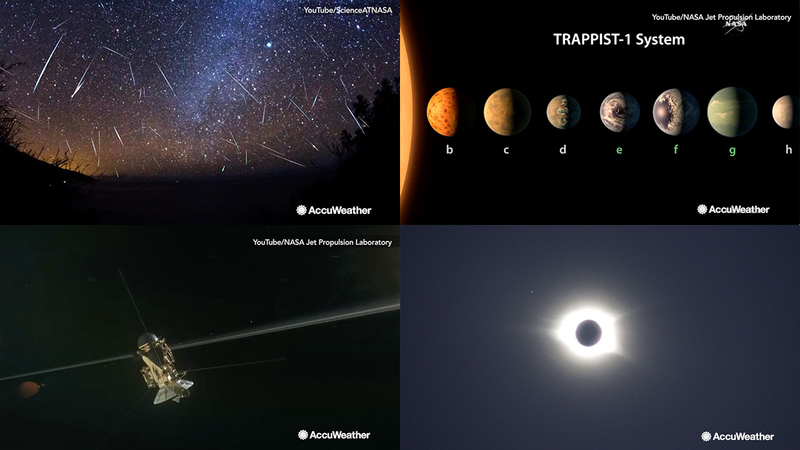 It has been an exciting year in the field of astronomy with asteroid showers, scientific discoveries and an eclipse seen around the country.

Here are the top astronomy stories of the year from AccuWeather.

The Geminid Meteor Shower lit up the night sky in December with a reported rate of 160 meteors per hour.

In February, astronomers discovered seven planets orbiting dwarf star TRAPPIST-1. Three of the planets in the TRAPPIST-1 system are in the habitable zone, and all of the planets could potentially have water.

After nearly 20 years in flight, the Cassini spacecraft ended its mission in September by plunging into the atmosphere of Saturn.