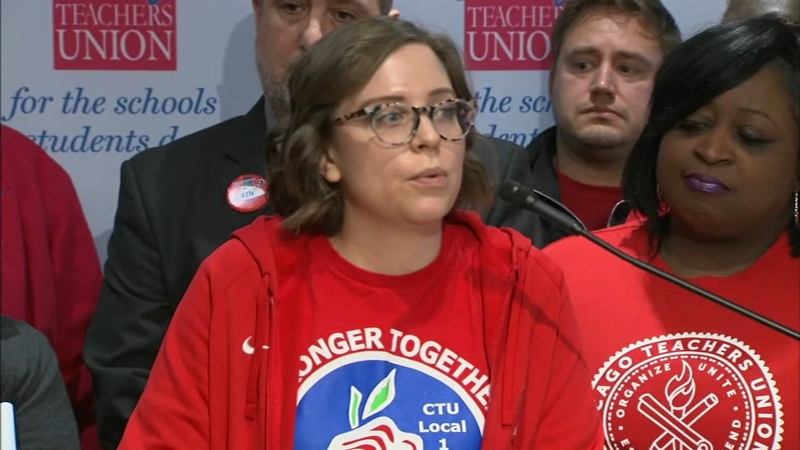 Acero Charter teachers could strike as early as Tuesday

Acero Charter School students left class Monday not knowing if they will return. Teachers at 15 schools operated by Acero, the former Uno Network, are ready to walk if a deal is not reached Monday night. Their number one demand is equal pay for equal work.

"We work 20 percent longer than CPS teachers and we asking to be compensated for that," said Martha Baumgarten, fifth grade Acero teacher.

Besides more pay, teachers are asking for smaller classroom sizes. Over 90 percent Acero students are Latino and teachers also want management to codify in their contract that all 15 schools will be declared sanctuary schools.

"We are demanding that no information is shared with ICE, no one is let inside our schools without a warrant, that resources are provided to our school," Baumgarten said.

If there is a strike, it will be the first charter school strike of its kind in the country. Parents hope a strike can be averted.