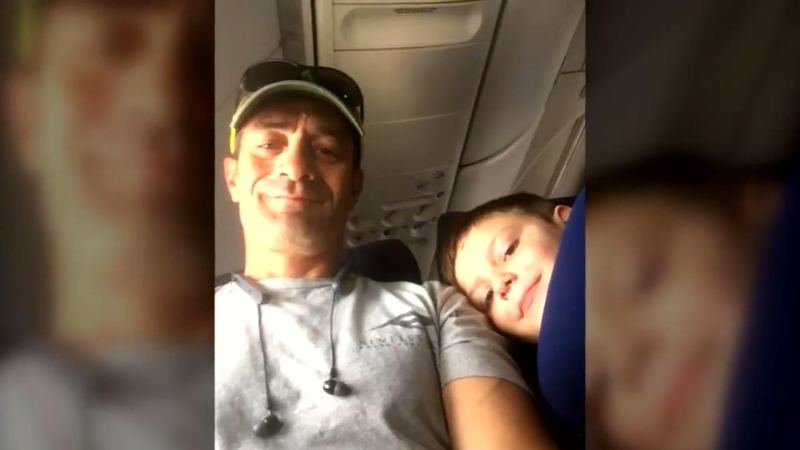 PORTLAND, Ore. -- An act of kindness on a flight from Las Vegas to Portland went viral after the mother of a young boy with autism shared her son's experience online.

Landon, 7, was pretty scared to take his first solo flight, but his mom, Alexa Bjornson, had a different set of worries.

"I thought, how do I make it so whoever's sitting next to him won't look at him as a burden but more of like, I can help this kiddo get through the day," Bjornson told KATU via a video conference.

Landon has autism, and traveling can be a bit turbulent. Bjornson didn't know how he'd handle flying alone, so she wrote a note to his neighbor on the plane, hoping they'd help out. She put some cash inside as a thank you.

Ben Pedraza secured the lucky seat next to Landon.

"We were cracking jokes and after a while he asked me to quit making dad jokes," Pedraza said in a separate video conference.

He captured a picture at the end to assure Bjornson all was well.

Pedraza donated the $10 from Bjornson's note to the Autism Society in Landon's honor.

Their story's since received tens and thousands of shares, and Ben's generosity has captured hearts online. Women are asking him if he's single.

"No, not single. I'm off the market, for sure, definitely, but I'm flattered," Pedraza said.