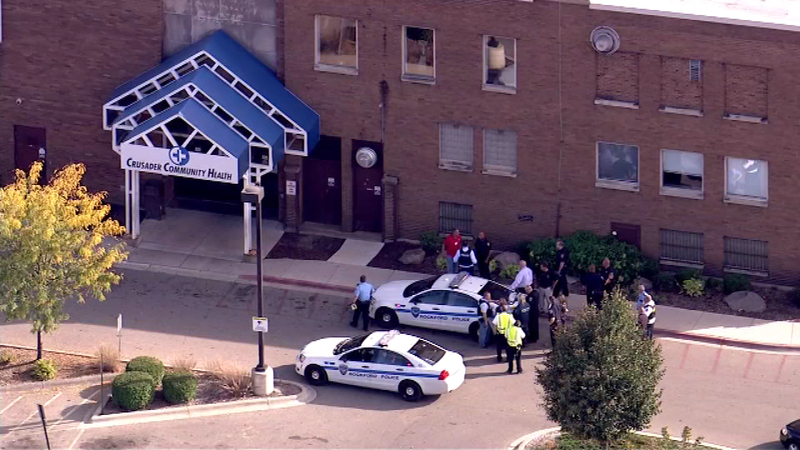 Suspect in Rockford shooting in custody

ROCKFORD, Ill. (WLS) -- A gunman who held police at bay for hours inside a medical clinic in Rockford after firing shots inside the building is now in custody, police say.

Police said Steven Dummer, of Rochelle, opened fire on the second floor of the Crusader Community Health Clinic in the 1100-block of Broadway around 2:30 p.m. Monday. Anywhere from two to five shots were fired, police said.

Police responded quickly and all patients and staff made it out of the building safely. No one was injured in the incident.

Rockford police said Dummer was quickly contained, but kept them at bay for a few hours. Negotiators said he surrendered not long after asking for his family.

"They were talking the whole time, it was a very amiable conversation from what I understand. And after four plus hours, he just said he was ready to go," said Patrick Hoey, Rockford Police Dept.

Dummer was taken into custody peacefully and without incident around 6:30 p.m, police said. He was transported to a local hospital for a mental health evaluation.

"I just can't say enough good things about really, the responsiveness and the teamwork. It could have had a potential really bad outcome," said Gordon Eggers, CEO, Crusader Community Health.

Police said Dummer was medically cleared Monday night and taken to Winnebago County Jail, where he is being held on $100,000 bond. He is charged with aggravated discharge of a firearm and aggravated unlawful use of weapons.