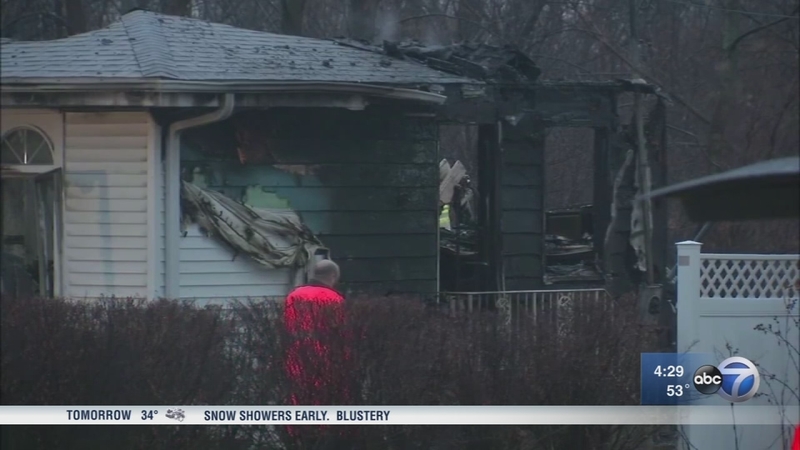 The Addison Fire Protection District responded at a house fire in the 700-block of South Ellsworth Avenue at about 2:27 a.m.

"There was power line down in the driveway that was live, so it inhibited our ability to go down the driveway and make entry to the back, so they made an entry to the front and as you can see a lot of structural damage," said Addison Deputy Fire Chief Scott Walker.

Fire officials said the fire started in the kitchen area of the one-story ranch-style home and the smoke spread fast.

"Someone drive by and seen the fire so it already burned through the roof so this fire was burning for a significant amount of time before anyone knew it happened," Deputy Chief Walker said.

"Initially, when our crews got in, we could not find anybody. As we progressed, we did find two fire victims in the rear of the structure in one of the back bedrooms," said Addison Fire Protection District Deputy Chief Scott Walker.

Authorities have not released the identities of the man and woman who were killed.

Neighbors said the couple inside had trouble moving around, and often used a golf cart to get around. Officials said a walker was found near the woman inside, she may have been handicapped.

What they did not find were any working smoke detectors.

A fire claimed the lives of an elderly couple in west suburban Addison Monday.