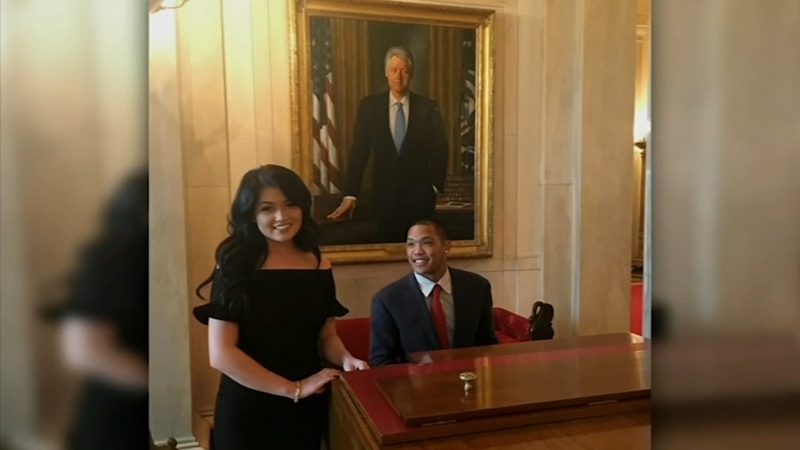 CHICAGO (WLS) -- Cubs player Addison Russell's ex-wife, Melisa Reidy-Russell, confirmed in a wide-ranging interview with ESPN that she is cooperating with Major League Baseball officials investigating her accusations of abuse by Russell.

"I loved my husband a lot. I even made excuses for him. And there's such an embarrassment," said the 22-year-old.

Reidy-Russell said she decided to cooperate regardless of how it may impact her financially.

The interview comes a week after Reidy-Russell wrote on her blog that her ex-husband had physically abused her during their short marriage, though she declined to provide more detail about the abuse.

"It took her a long time to get to the point where she could hit 'send' on that blog post," said Jesse Rogers, the ESPN writer who spoke with her. "And maybe in the back of her mind she also thinks if there's some consequences for Addison's actions, in her mind, that that sends a message to other people."

Rogers said Reidy-Russell is not necessarily seeking revenge, however.

"For her, Addison's situation is secondary. She really just wants to get her message out there," he said. "And I think it's healing for her, cathartic for her, but also she really does want to help other women. And I certainly think, as I write in the piece, that the #MeToo movement - and she mentions it - sort of inspired her."

"I shouldn't have to feel like I can't speak out to help someone else in order to protect someone that hurt me," Reidy-Russell said in the blog post.

Reidy-Russell said she was approached by MLB investigators last year when a friend first wrote about the abuse allegations on Instagram, but she wasn't emotionally ready to cooperate at the time.