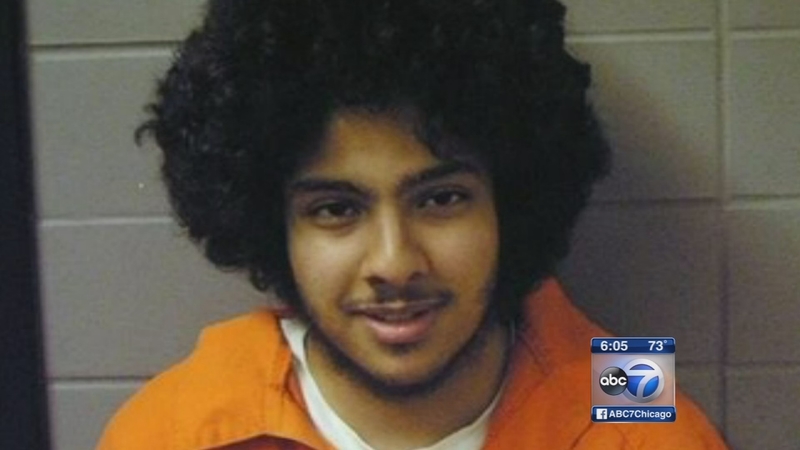 A west suburban man who made an unusual plea deal in a major Chicago terrorism case is asking a federal judge for leniency, mercy, mental health help and little additional jail time.

Adel Daoud, 25, was a teenager when authorities arrested him in 2012 during an FBI sting that was to result in a bar bombing in downtown Chicago. He has now spent about a quarter of his life behind bars awaiting a resolution of the case.

Federal agents had zeroed in on the teenager after he made several online posts in which he discussed violence.

The government wants Daoud to receive a sentence of 40 years in prison and lifetime supervised release according to a 60-page memo filed Friday afternoon by prosecutors.

They dispute that Daoud was entrapped, a position often repeated by his legal team.

A 134-page sentencing memo filed Friday by Daoud's attorneys recaps a zany series of events involving the former Hillside resident, including his fixation with the "Illuminati" and his belief in "lizard people" and cosmic aliens.

Daoud filed what is known as an "Alford Plea" in the case last November, a rarely-invoked legal move that allows a defendant to plead guilty without making any admission of wrongdoing.

In the Friday sentencing memo, Daoud's attorney Thomas Durkin admits that the government had reason to arrest Daoud in 2012 based on what the teenager threatened in his internet posts.

However, Durkin remains highly critical of the approach taken by law enforcement and prosecutors during subsequent years.

"Either the government set up an elaborate sting operation on a mentally unstable, immature, naive, and religiously misguided young American Muslim; or, it drove him to mental illness during his pre-trial detention insisting that he was too dangerous for pre-trial release even to obtain the mental health treatment he so obviously and desperately needed," he said in the defense memo.

Daoud's attorneys say they will argue against any "warehouse sentence" that could keep him incarcerated into his 40s or even 50s.

They are looking for a sentence that "would allow Daoud to have the option of entering college in the fall of 2021."

Daoud's need for continuous, extensive mental health treatment and care is backed up in the defense memo by numerous examples of bizarre behavior.

"For instance, on July 29, 2016, Daoud took it upon himself to call into ABC 7 news and, rather presciently, told Chuck Goudie and the 'I-Team" that he endorsed Donald Trump for president," Daoud's attorneys wrote. "The article quotes Daoud as saying: 'I have an announcement. I want to endorse Donald Trump for president. I like him, he's outspoken. He says whatever the hell he wants and he will admit that this country is at war against Islam.'"

The defense memo also reveals that Daoud prepared a will in 2016 and sent it to Judge Sharon Johnson Coleman.

The will, as outlined in the Friday memo, stated: "This is Adel Daoud and as the authentic hadith states if you have a will you shouldn't wait even 3 days before writing it down. I have more reason to write because my life is under threat by the Illuminati, their machines/robots that run the Mcc, and Sharon Johnson Coleman who recently killed my 49th celle (sic) most probably by placing a drug in his food that made him want to kill himself. (I am not nor will I ever be Insha'Allah suicidal. No drugs Insha'Allah can change that and I'm careful about what I eat. I do think they will however call me to a different floor and chop my head off as part of a Satanic ritual.) I am afraid that any night between 12-3am (sic) they will come to my cell, probably for a piss test, and I will never return because they killed me. I am a hostage and a prisoner of war and therefore there is more urgency to write this..."

Prosecutors say that Daoud's statutory maximum sentence would be life behind bars.

"The defendant's sentencing guidelines call for life imprisonment. The government is recommending a sentence of 40 years imprisonment with lifetime supervised release. A sentence of this length will reflect the seriousness of the offenses, is consistent with sentences issued in similar cases and, most importantly, will serve to protect the public, while considering that upon release he will be at an age where recidivism is less likely."