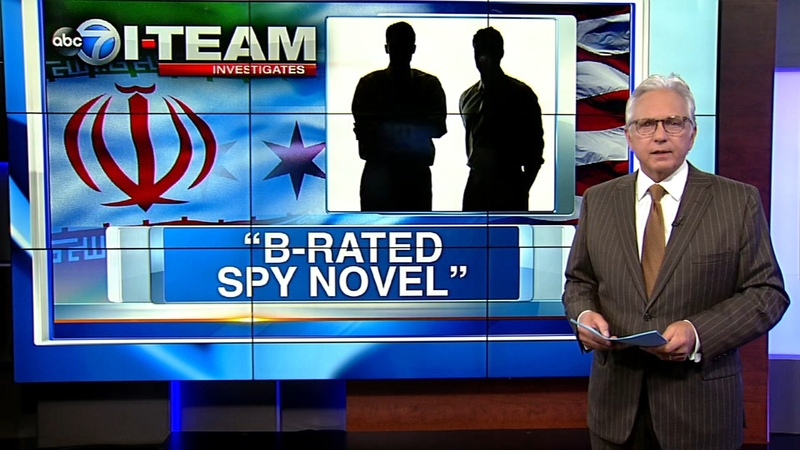 CHICAGO (WLS) -- As federal authorities move to tighten the reigns on a pair of accused Iranian spies, an attorney for one of the men-arrested in Chicago and in court here on Wednesday-maintained that the government's case "wouldn't even make sense in a B-rated spy novel."

Ahmadreza Mohammadi Doostdar, 38, a dual American-Iranian citizen, was arrested by the FBI ten days ago in his Hyde Park-Chicago apartment on charges that he was acting as an agent of Iran without authorization and provided services to Iran in violation of U.S. sanctions.

Doostdar is accused with 59-year old California-based Iranian national Majid Ghorbani, who on Tuesday was ordered held without bond by a judge in Washington, D.C. where the case was charged. A federal indictment naming both men was on file Wednesday in the D.C. courthouse.

Doostdar appeared in a federal courtroom in Chicago on Wednesday where he waived an identity hearing and will be transported to Washington as well. His attorney Tom Durkin ridiculed the government's case, calling it "preposterous."

"They took pictures all over Chicago and all over the University of Chicago that had nothing to do with anything" said Durkin. "The government trying to play geo-politics here, somehow suggesting he had some ax to grind with members of the Jewish faith is ridiculous."

The federal charges allege an elaborate plot by the men-deployed by Iran-to target Jewish-American's and others a who support a group called M-E-K. That is an exiled Iranian opposition group that aims to overthrow Iran's Islamist leadership. The intelligence they allegedly gathered was meant to enable Tehran to target Jewish organizations in the U.S., according to an FBI agent who worked on the case.

"The government has a reasonable argument the case is all about performing services for an enemy country" said former federal prosecutor Gil Soffer, ABC7's legal analyst. Soffer says prosecutors will try to show that the men are a danger and a flight risk so they may be held without bond. "The government can demonstrate there have been visits to that country that there is a serious flight risk if there are ties overseas --they have a pretty good argument."

Defense attorney Durkin doesn't believe that the government has a case against either man- or a reason to keep them locked up without bond.

"And now we have Mr. Trump in the White House who wants to disband the nuclear treaty and side with Israel and make it look like, you know Iran is uh.. axis of evil again. Just ridiculous."

The original complaint accuses Ghorbani of conducting covert surveillance at Washington's Grand Hyatt hotel in May of 2018. At that time the hotel was hosting the M-E-K-allied Organization of Iranian American Communities. The OIAC was putting on an Iran Freedom Convention for Human Rights.