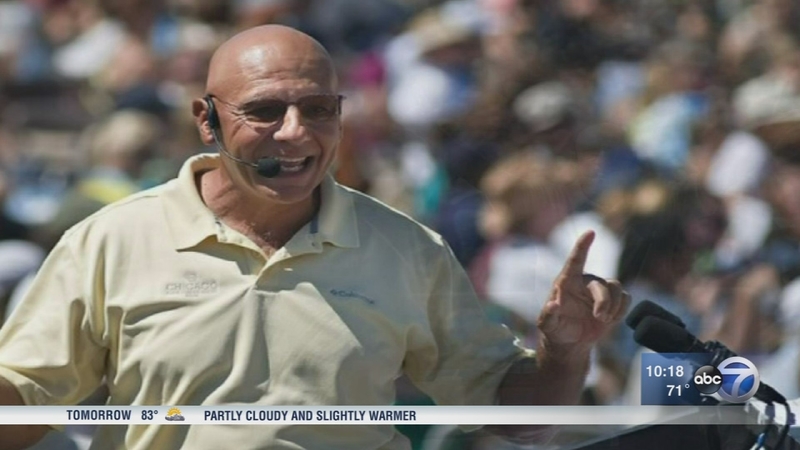 CHICAGO (WLS) -- The Chicago Air & Water Show returns next weekend for the 59th year, but the event's official announcer will also mark a major milestone.

Before Herb Hunter became the event's announcer in 1988, the retired Air Force pilot flew in the show for two years and even sang the National Anthem a few times.

That was more than 30 years ago when the show was centered at Lakeshore Park before moving to North Avenue Beach. Precision stunts are key during the air and water show, but it was perfect time that helped Hunter land the perfect job.

"I was really lucky," Hunter said. "When I was working for the airlines and I got laid off. ... I wasn't sure if I was going back to work and so I tried to prepare myself a second job and one of the things they had was the air and water show. I thought this would be good to get involved in."

Hunter loves the roar of the planes and the crowd excitement.

"You're there to promote the pilots and make them sound better and to make the crowd enjoy it more," he said.

And he still gets emotional.

"I guess it's the kid in me and when I stand there ... in front of me are the airplanes and the lake, fans are on the left and right and I will find somebody in the crowd and I will tell a story," Hunter said.

And many of those stories come from a playbook he's kept for decades. He never uses a script, always referring to notes he's gathered over his long career. He's even got a briefcase for all that information, which he bought the year he got hired.

"It was brown and plastic, it's a cheap briefcase, it's so old," he said.

Hunter now announces at air shows across the country, but Chicago's show will always be his top priority.

"It's the largest event of its kind in the world, there are other air shows but almost all of those big air shows are marketing airplanes," he said. "That's not what this is and it's free."

Hunter said he's seen the air show go through many changes through the years, including bigger crowds despite shrinking budgets, but the family atmosphere remains.