WLS
WOODSTOCK, Ill. (WLS) -- The Crystal Lake mother accused in the murder of her 5-year-old son AJ Freund was back in court Thursday.

Joann Cunningham and Andrew Freund Sr. are both accused of killing AJ and burying him in a shallow grave near Woodstock.

The boy was found wrapped in plastic six days after he was reported missing in April, police said.

Prosecutors are requesting patient-doctor privilege be waived so they can access Cunningham's medical records. The motion cites her potential drug use and how that may have related to AJ's death.

In July Freund Sr. was found mentally competent by a psychological examiner and deemed mentally fit to stand trial.

Cunningham also gave birth to a baby girl in jail in May. The baby is being held in protective custody. 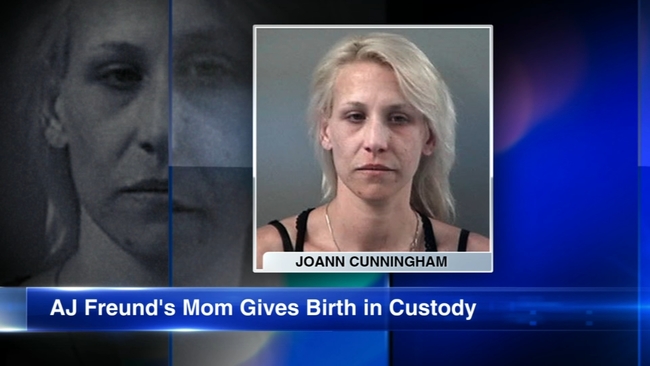