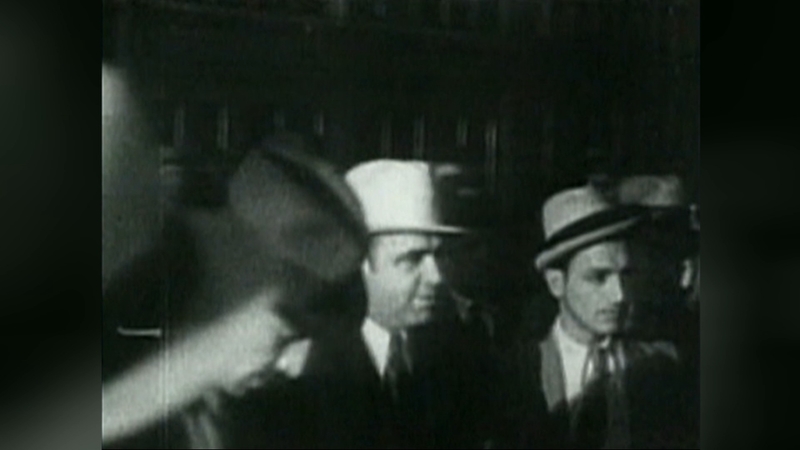 CHICAGO -- Al Capone may have died nearly 75 years ago but it's clear interest in the infamous Chicago gangster is very much alive after some of his prized possessions were auctioned off over the weekend for at least $3 million.

The Chicago Tribune reports that Capone's family sold several of his belongings, including what was billed as his favorite gun, at auction in California, where his three surviving granddaughters live.

The event, called "A Century of Notoriety: The Estate of Al Capone," was held at a private club in Sacramento and attracted nearly 1,000 registered bidders, including 150 who attended the nearly four-hour-long event in person.

The I-Team examines the growing threat from high capacity magazines, especially drug mags, that can fire 100 rounds in a few seconds.

Among the items up for auction was a bear-shaped humidor as well as diamond jewelry and some family photographs. The most popular item proved to be Capone's favorite Colt .45-caliber semi-automatic pistol, which went for $860,000.

Most of the buyers' identities were kept private. But one whose name has been made public is Kevin Nagle, a Sacramento investor and business owner. Among the items that once belonged to "Scarface" Capone that he picked up was a decorative humidor for $120,000 and an 18-karat yellow gold and platinum belt buckle for $22,500.

Capone's story is a familiar one, thanks in large part to a host of movies, television shows and books about the mobster. Called Public Enemy No. 1 after the 1929 "Valentine's Day Massacre" in which seven members of a rival bootlegger gang were gunned down in a parking garage, Capone was convicted of income tax evasion in 1934. He spent 11 years locked up in Alcatraz, a federal prison in the middle of the San Francisco Bay, and died of a heart attack in 1947 in the Florida home where he and his associates were believed to have plotted the massacre years earlier.
Report a correction or typo
Related topics:
californiaauctionmobu.s. & world
Copyright © 2021 by The Associated Press. All Rights Reserved.
AUCTION
Be Kind: 8-year-old auctions hog to raise money for sick friend
One of a kind high tops by Chicago artists auctioned for fundraiser
Southport Lanes auctioning off items from historic Lakeview spot
Jeff Bezos' Blue Origin to auction 1 ticket for first space tourism flight
TOP STORIES
FBI, ISP search Lockport canal for Stacy Peterson's body
Video released of deadly Chicago police shooting
CPD brass redouble efforts for COVID vaccine mandate compliance
Passengers do nothing as woman is raped on train, police say
Chicago student pilot dies in North Dakota plane crash
Plane erupts in flames after crashing in Texas; 21 survive
Strategy files create 1st night drama for 'The Bachelorette' Michelle
Show More
Jan. 6 panel votes to hold Steve Bannon in contempt
Chicago celebrates Sky championship with parade, rally
Facebook paying fine to settle lawsuit on discrimination
Police shooting Chicago: Elgin man charged after CPD officer shot
Colombia hippos put on birth control after population grows unchecked
More TOP STORIES News