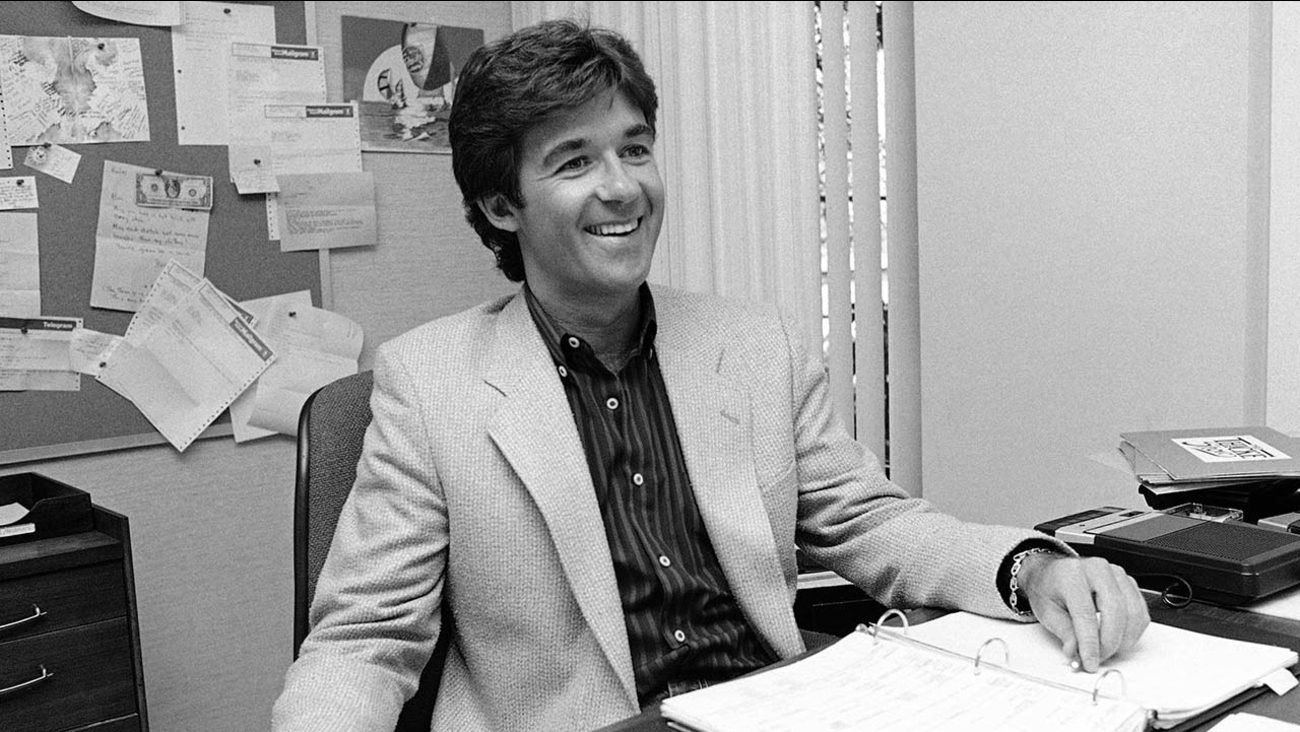 Alan Thicke, host of Thicke of the Night, smiles as he answers questions during an interview on Thursday, Sept. 10, 1983 in his office at Metro Media Square, Los Angeles. (Colin Crawford/AP Photo)

Alan Thicke's death sparked an instant outpouring of mourning and support on social media. Thicke, who starred on Growing Pains, died on Tuesday. He was 69 years old.

His son, singer Robin Thicke, shared this message on Instagram.

Thicke will be deeply missed and here's how other celebrities reacted to his death.

So sad is the passing of Alan Thicke. Such a good husband, father, brother, and friend. He will be deeply missed. Rest in peace dear Alan.

Alan Thicke was always the nicest and happiest person in the room. Gone way too soon. Rest In Peace.

I'm shocked to hear about Allan Thicke. He was a good man who gave me some big breaks in my early days. I'll miss you buddy.

Saddened over the loss of my friend Alan. Condolences to his family.

America loved Alan Thicke. I'm so sad he's gone. Sending so much love to his family.

I'm so sad to hear about the passing of Alan Thicke. RIP Alan. 😢

The NHL family is sad to learn of the passing of longtime hockey fan Alan Thicke. Our thoughts are with his family and friends. pic.twitter.com/5ADyWRksuf

I'm sad beyond words that Alan Thicke has passed away. I've known you since I was 8 years old… https://t.co/GLXSTK1nd7

Had the pleasure of meeting Alan Thicke and his amazing wife Tanya a few years back.. my thoughts and prayers are with his family. RIP 😔

So sorry to hear of the passing of Alan Thicke. A wonderful talent, a wonderful man. https://t.co/tb50aiVzlR

To my @WifeSwap partner...I'll miss you. RIP Alan Thicke

I am saddened at the news of #GrowingPains Alan Thicke's passing. My daughter and I just saw him! RIP dear friend and gentleman. pic.twitter.com/kQQBuuhFmD

RIP to my brother Alan Thicke. The world has lost an icon. 🙏🏾 pic.twitter.com/zIK0hzjihK

Condolences to the family of @Alan_Thicke. If ever there was a time celebs are thinking about our mortality, 2016 is it.

My heart goes out to Alan Thicke's family. Such a kind man. Saw him recently. Life is fragile. May he rest in peace. Praying for his family. pic.twitter.com/lcAVEu1KWL

Rest in peace Alan Thicke - You brought so much light, love and humor to the world! Deeply grateful for your friendship and wisdom.

RIP Alan Thicke who was a great talent and a genuine person. #everyonesdad

Sorry to hear of the passing of Alan Thicke, he was always cool and generous with his advice towards me...my condolences to the family

RIP Alan Thicke. I grew up watching him and got to know him through Robin. He was always so kind to me. So sad to hear about his passing.

Alan Thicke was one of the nicest guys in our business. And he LOVED his family. And hockey. A shocking, sad loss.