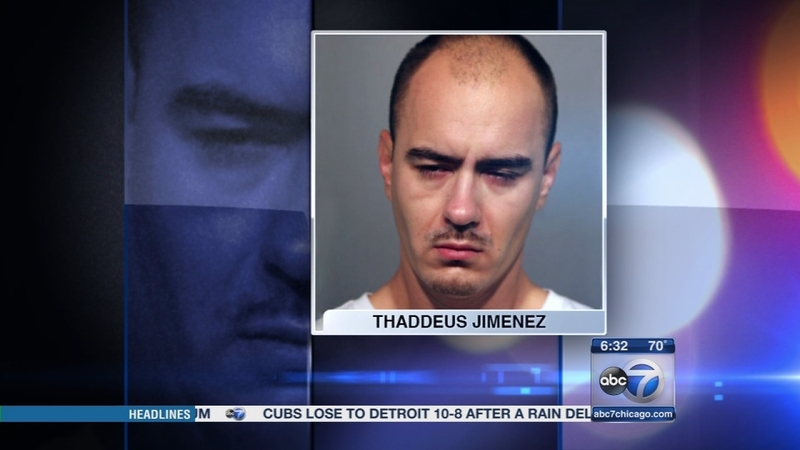 CHICAGO (WLS) -- A man who was wrongfully convicted of murder and awarded $25 million three years ago has been charged in a shooting on Chicago's Albany Park neighborhood.

Thaddeus Jimenez was convicted of murdering Eric Morro, 19, when he was 13 years old. He spent 16 years in prison before his conviction was vacated in 2009.

Jimenez sued the city of Chicago and several officers, claiming police ignored evidence against another teen. He was awarded $25 million in 2012.

But since his release, 36-year-old Jimenez has been in and out of trouble.

He was convicted for felony narcotics possession in 2012. He was currently out on bail after a felony aggravated DUI charge stemming from a crash that happened in 2013. He was arrested on a felony gun charge in 2014.

Police said Jimenez pointed a gun at a 33-year-old man's head before shooting him in both legs in the 3500-block of West Belle Plaine Avenue around 11:15 a.m. Monday. Authorities are calling the incident an internal gang dispute.

Investigators said he sped through the neighborhood and crashed his Mercedes half a mile away from the scene. He allegedly ran from police. They caught him and found he was armed.

He was also charged for driving on a suspended license and reckless driving, both misdemeanors. He is due in bond court on Wednesday.