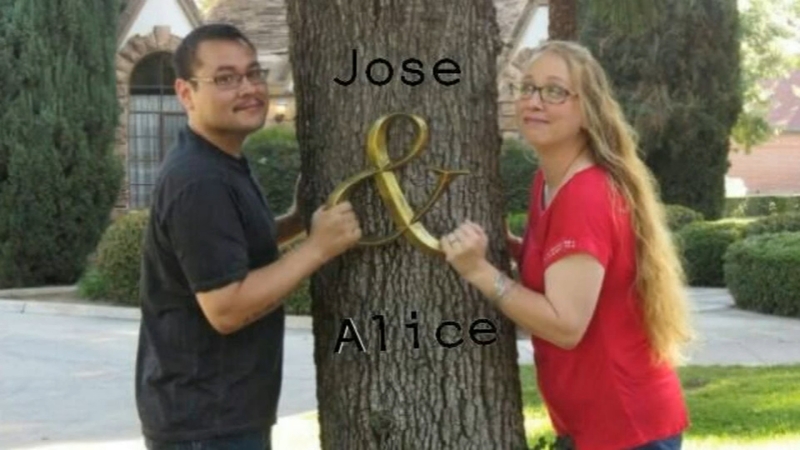 VISALIA, Calif. -- Cameras were allowed inside the courtroom for Alice and Jose Vasquez's trial, but not the recording of audio.

The California husband and wife, who are out of custody, were charged in the fall of 2016 with two felony counts of child abuse each.

Police reports detail how they allegedly punished their children, a boy and a girl, with spankings and military-like exercises including push-ups and flutter kicks.

Jose and Alice (the stepmother of both children) are also accused of starving them.

On Thursday, the girl's fourth-grade teacher at Shannon Ranch Elementary School testified that she discovered the girl was stealing food from other students' cold lunches.

Throughout the course of the 2015-2016 school year, she noticed the girl got thinner, which was concerning.

Food was an obsession for the girl, the teacher said.

"She would want to eat as much as she was able," the teacher added.

The school's principal then testified that one of the girl's lunches consisted of a couple of carrot sticks, a difficult-to-peel orange, and a sandwich with bean sprouts and bologna.

In 2010, Alice, whose last name was then Stater, was sent to prison for four years after she was found guilty of starving her brother's three children.

A Visalia Police officer remembered seeing those children at the hospital.

"The only way I can really describe what I saw that day is in reference to maybe watching some Holocaust videos of Holocaust survivors," Lt. Osvaldo Dominguez said on Thursday. "You know the joints were protruding, there was no muscle mass."

The alleged victims in the current case were taken away from Jose and Alice in September of 2016.

They're now in the care of their grandmother.

Alice Vasquez faces more than 14 years in prison if convicted.