Alleged Snapchat shooter sends message to police: It wasn't that big a deal

KTRK
By Chauncy Glover and Pooja Lodhia
HOUSTON -- They are both accused of opening fire outside a moving vehicle and recording it all on Snapchat.

But while Sierra Tarbutton told Eyewitness News from jail that she feels like a victim, her alleged accomplice wanted to talk instead about his city.

Our cameras were there when Michael "Money Mike" Cuellar was released from jail on bond tonight.

"I love Houston and I have respect for HPD," Cuellar told reporter Chauncy Glover. "All I gotta say, homie."

When we asked Cuellar what he was thinking as he and Tarbutton allegedly fired guns as they rode down Memorial Drive, he praised HPD instead.

"Keep doing y'all," Cuellar said. "Y'all be safe out there man."

Earlier tonight, we weren't sure Tarbutton would want to talk to the media, but when photographer Damion Smith approached her, she said yes, she wanted to talk and tell her side of the story.

She was emotional and actually started crying halfway through, saying she feels like she's being unfairly attacked and judged.

HPD says two people are now answering for their alleged crimes after they were posted to Snapchat.

Tarbutton is in jail on no bond because she has prior felonies that are still moving through the legal system.

Today she admitted to shooting up in the air, but said it wasn't that big of a deal, it was just something to put on social media.

Tarbutton's mother was also visiting her at the same time we were there.

She says the whole thing is a misunderstanding, claiming her daughter wouldn't have been shooting in the air if she thought anybody could've gotten hurt.

A man and woman have been charged after a Snapchat video appears to show them randomly shooting out of a moving vehicle in west Houston.

Tarbutton said, "We were drinking at the time and were riding around, shooting in the air."

"She's going through a rough patch and we'll take it one day at a time," her mother, Sonya Shumway said.

When we asked her mother whether she realizes the severity of her actions, she said, "Honestly, I think guns, the severity, I used to be a corrections officer, and I'm a believer in the permit of having a gun."

Then Shumway added, "The area they were in, she knows nobody couldn't have gotten hurt."

Tarabutton said she is just old friends with Cuellar, who police say was in those videos with her.

Tarbutton has been arrested, but Cuellar is still at large. 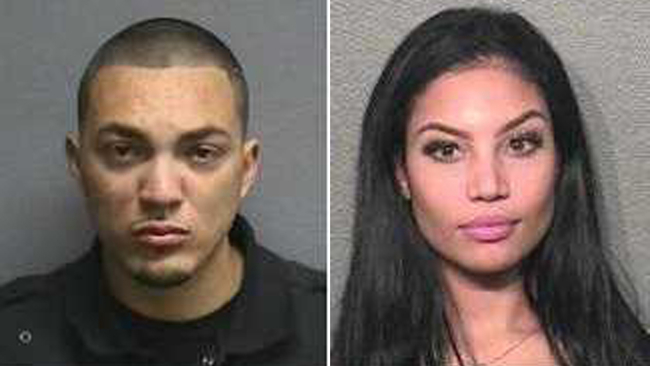 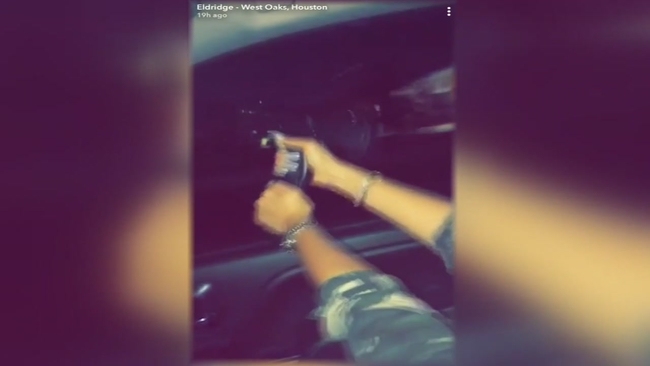