Police: Burglar who hid from police eaten by gator 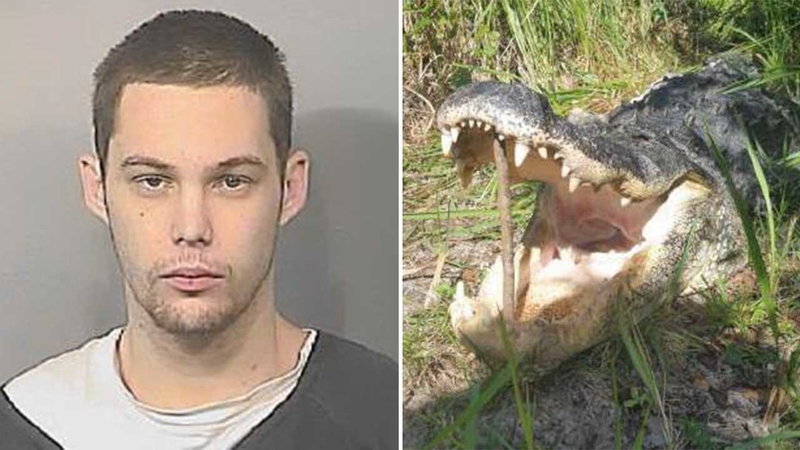 BAREFOOT BAY, Fla. -- Police in Florida now know what happened to a burglar who hid from officers. He was eaten by an alligator.

Matthew Riggins, 22, and an accomplice had reportedly been committing burglaries late November 12. Early the next morning, deputies say they spotted the two suspects, who fled on foot.

Neither one of the suspects were caught, but ten days later, Riggins' remains were found floating in a lake. An aggressive alligator was nearby. A trapper was called to capture the 11-foot gator, which was euthanized.

A forensic examination showed remains consistent with the injuries to Riggins inside the gator's stomach.