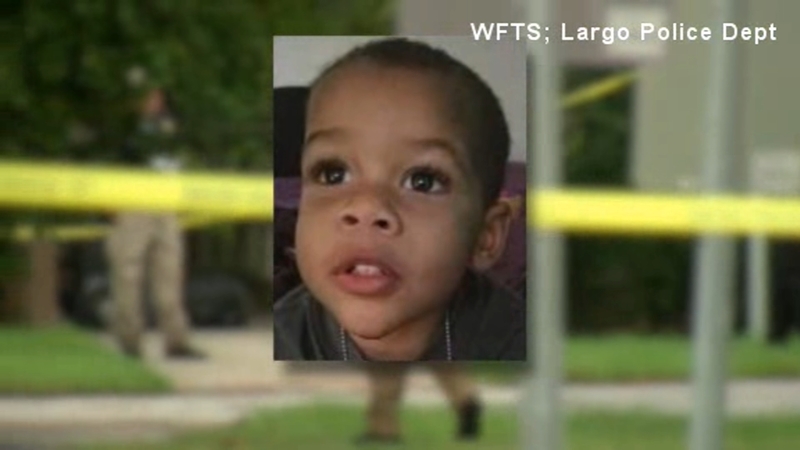 LARGO, Fla. -- The mother of a missing toddler who was the subject of an Amber Alert on Monday is now accused of his murder.

Stinson had told police a man knocked her unconscious before taking her son, Jordan Belliveau, in Largo, Florida on Saturday.

Belliveau's body was found in a wooded area of Largo on Tuesday.

According to Largo police, Stinson said she and her son were out walking at about 9:30 p.m. Saturday when they were offered a ride in a white Toyota Camry by a man named Antwan.

Stinson said that once they were in the vehicle she was struck in the face and lost consciousness, police said. She said she woke up alone in a wooded area at about 1:30 a.m. on Sunday.

Police issued an Amber Alert Monday and began searching for the boy and the man, who was described as about 25 years old, with dreadlocks and gold teeth.

The Amber Alert was canceled Tuesday after the young boy's body was found.

Jail house records don't list an attorney for Stinson and it's unclear when she will first appear in court.