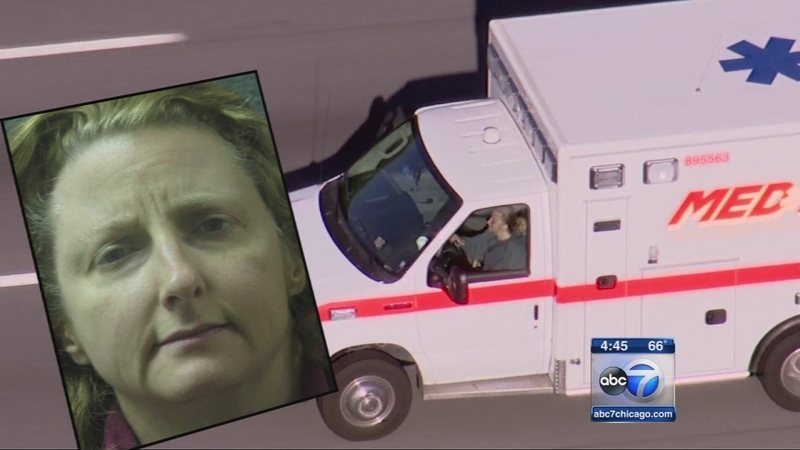 ALSIP, Ill. (WLS) -- A 43-year-old woman was charged Tuesday after an ambulance chase that stretched from Chicago to Hillside to Alsip.

According to authorities, the private ambulance was reported stolen around 6:45 a.m. Tuesday from the UIC Medical Center ER bay in the 1700-block of West Taylor Street.

Medical Express Ambulance Service owns the ambulance that was stolen.

"We're just fortunate that nobody was hurt and that the authorities are now investigating," Frank Nagorka, a Medical Express Ambulance Service attorney, said.

Nagorka said the vehicle sitting outside of the hospital was locked, but the suspect was still able to get inside, drive off and operate the lights.

"They are sophisticated vehicles. Thousands of pounds. People give way to them," he said.

The ambulance company is looking into how to prevent something like this from happening again.

The ambulance is back in service.