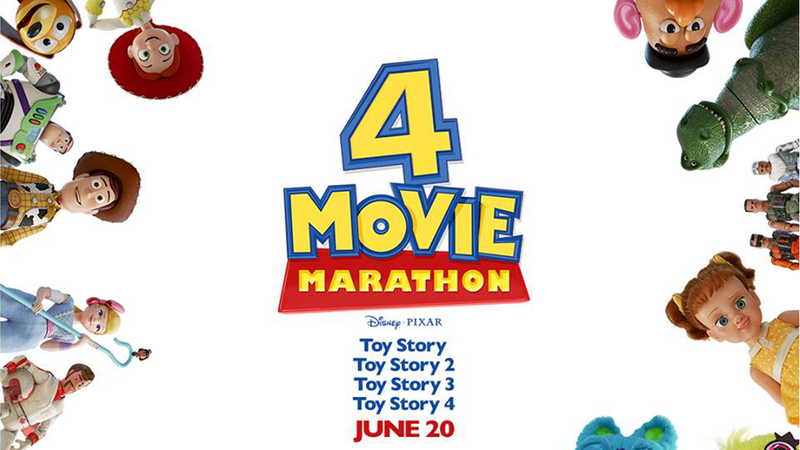 AMC Theatres announced it will have a "Toy Story" movie marathon on June 20, a day before the release date of "Toy Story 4."

"We're getting the crew back together! Join us for the Toy Story Movie Marathon (at select locations)," the move theater chain said on its Facebook page.

The marathon will feature all four films.

It went on to say that viewers will get an oversized collectible card set, a Woody pin and $5 cameo combo.

MORE ON PIXAR AND DISNEY FILMS

'Toy Story 4': Watch last trailer with one month to go until film's release

What to know about upcoming streaming service Disney+