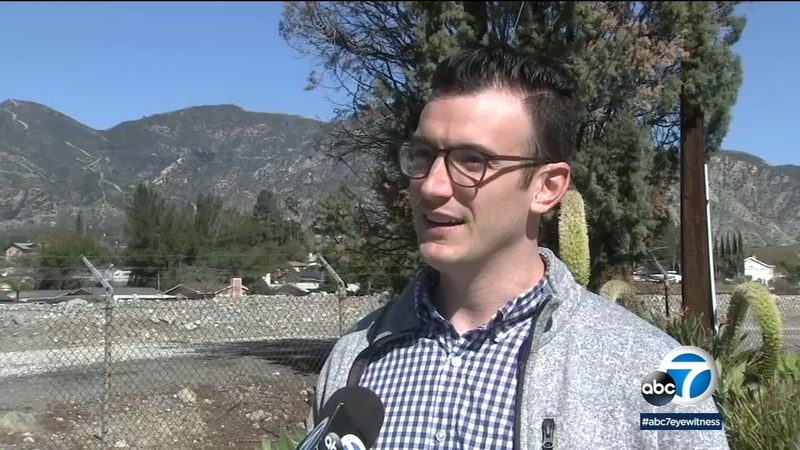 American Airlines denies man was on flight from LA

LOS ANGELES -- Steve Homen stands about 6-foot-3 so he's easy to spot. Unless he's on an American Airlines flight -- that's where he's apparently invisible, leaving no trace behind.

"No trace whatsoever," Homen said. "I can tell you that I had one cream and one sugar with my coffee, but they don't have any trace of me whatsoever."

Homen knows this because American Airlines told him. He had booked a roundtrip flight from LAX to San Jose for this past weekend. Homen, who is a cousin of Eyewitness News reporter Rob Hayes, flew up to San Jose on Friday but soon learned his flight back had been canceled.

"They tell me 'It's canceled because you never flew on the original flight.' I said 'I sure did. I have it on camera and everything,'" Homen said.

He shared video he took onboard the flight showing the takeoff and landing. Homen said the flight attendants even did a passenger count. He showed Eyewitness News his flight confirmation and said he used the American Airlines app to buzz in during boarding.

"When I scanned it, I watched it turn green and he let me on the plane," he said.

But when Homen called American for help, he said the airline insisted he wasn't on the flight. That meant American automatically canceled the remaining leg of his trip and he would have to spend an additional $200 to book a return flight to Los Angeles.

But Homen said the inconvenience and expense isn't the only concern. He wants to know how American allowed a passenger to board without knowing who he was, something Homen feels poses safety and security questions.

"Anyone could have been on that flight," he said. "What if I had a medical emergency? They clearly said they had no record of me on that flight whatsoever."

An American Airlines spokesman admits there is no record of Homen on that flight. He adds that a mix-up like this is extremely rare, but that there was never any security issue since every passenger had to pass through TSA screening.