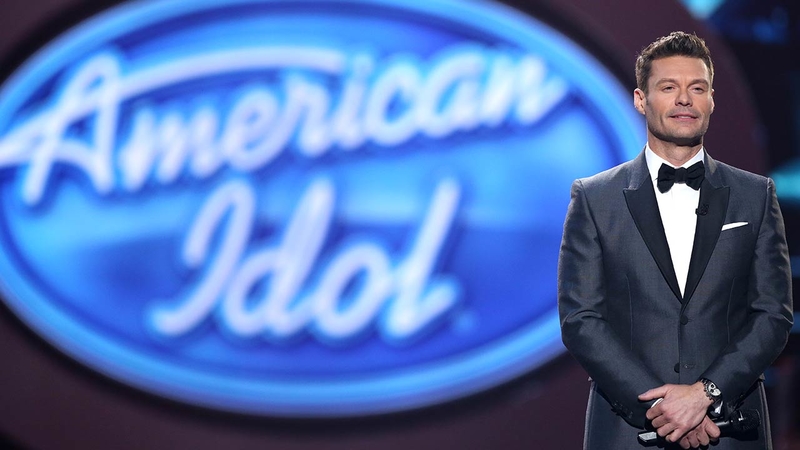 NEW YORK CITY -- Sunday's return of "American Idol" is unprecedented, because for the first time in the show's 18-year history, Ryan Seacrest will host from his home in isolation -- along with everyone else you will see and hear -- due to the coronavirus pandemic.

Two of the 20 finalists trying to become the next American Idol are from the New York City area.

The performer who calls herself "Just Sam" came to fame on the subway. Another hopeful, Julia Gargano, hails from Staten Island.

"Both of those are two of the people I could see going really far on the show," American Idol's official mentor Bobby Bones said.

Like everyone else involved, he's facing a tough challenge -- the same faced by the celebrity judges and host Ryan Seacrest, who are mounting the live portion of their series while quarantined.

"We will have to start 24 different locations, all from everyone's home in the safety of their own home," Seacrest told Tamron Hall on her show.

He is offering a "Back to The Future" approach.

"We're going to deliver this season as planned, just with a bit of distance," Seacrest said.

Contestants' performance will be recorded live-to-tape as a way of guarding against any internet glitches.

"There can be fuzz," Bones said. "And what we don't want on the show is for any circumstance that is outside our control to affect a performance."

There's a hint of nostalgia here, as Seacrest explained to his 4.9 million plus followers on Instagram. The desk he will be using is the original desk that Randy, Paula, and Simon had.

"It was in my garage, in storage," said Seacrest, who never expected to bring it out.

The old desk actually represents a return to the show's roots in a simpler time, before "Idol" got to be such an elaborately produced big deal.

"I think it's going to give a whole new twist to this thing," said Kelly Ripa, Seacrest's co-host on "Live with Kelly and Ryan." I think we'e going to get outstanding performances."

Tamron Hall had both of them on her show and got in the last word about "Idol's" return.