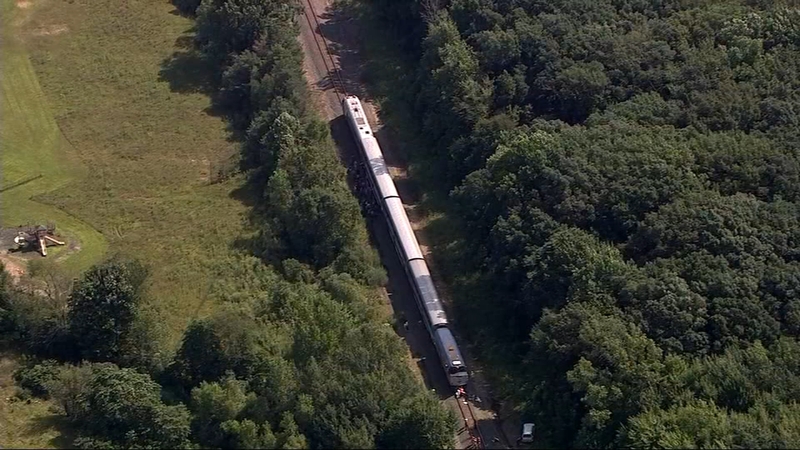 MICHIGAN CITY, Ind. (WLS) -- A man is dead after an Amtrak train struck a vehicle in Michigan City Thursday morning, according to police.

Police say around 7:26 a.m. a 67-year-old Michigan City man was driving a 2014 Honda Accord on Tryon Road when he crossed the railroad intersection and collided with the train.The man was killed on impact.

When police arrived on the scene they found the car against the front end of the train approximately 500 yards from where the car and train initially collided.

Police said the westbound train was traveling at 59 miles per hour on the Royal and Eastwood tracks when it hit the vehicle. There are no other injuries.

An Amtrak spokesperson said the westbound train was on the Pere Marquette line which runs from Grand Rapids, Michigan, to Chicago. There were 198 passengers on board the train.