The collision happened just after 8:15 a.m. when the northbound train struck a semi-truck that had crossed onto rail tracks running adjacent to U.S. 421, according to Monticello Police Asst. Chief Robert Hickman. 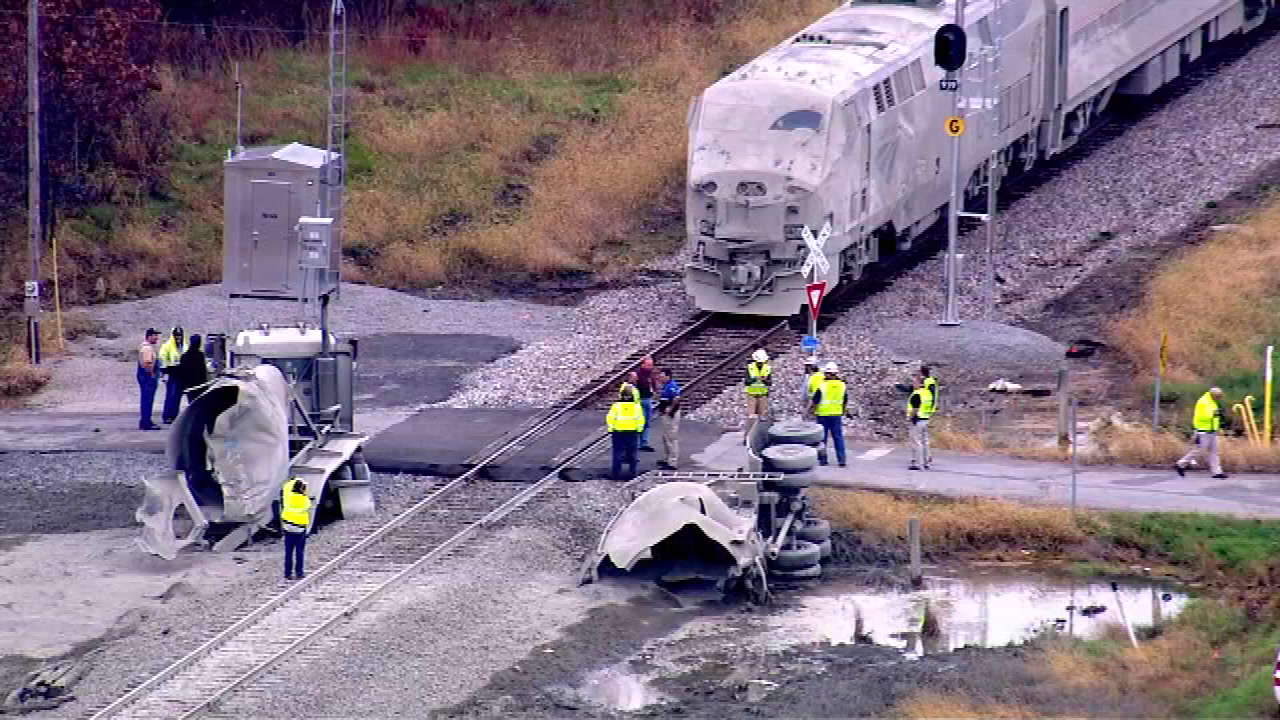 The impact of the train cut the truck in half and left the train and the crossing site along U.S. 421 covered with gray dust from the load of powered cement the truck was hauling. There were 56 passengers and three crew members on board, Amtrak said. Police are investigating the cause of the crash.

"If you see a track, expect a train. These trains are very large, they're very loud with loud horns, flashing lights and bells," Amtrak spokesperson Marc Magliari said.

The truck driver was not injured, but 24 people on the train suffered minor injuries. Sixteen people were treated on the scene and released, and eight people were taken to IU White Memorial Hospital for further treatment. An Amtrak spokesman said none of the passengers and crew injured in Tuesday morning's collision involving the Hoosier State line suffered serious or life-threatening injuries.

The uninjured passengers were taken by bus to Chicago and arrived Tuesday afternoon.

"The train just like, just stopped really hard. I thought it would just hit the brakes but it felt a lot harder than that, I felt like something happened. And I just looked out the window and I could see there was a big semi," passenger Jacob Cook said.

Some passengers said the impact was intense. One father was traveling with his two sons on his way to Texas.

"I thought it was kind of scary. All that I was thinking was, 'Am I going to be OK? Is everyone that I know going to be OK?'" passenger Cole Barr, age 10, said.

All of the passengers who were treated at hospitals have since been released.