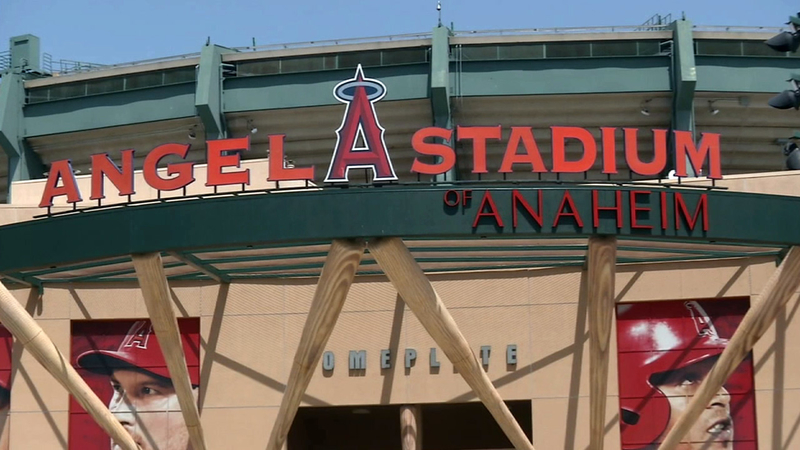 ANAHEIM, Calif. -- It's a tradition at ballparks across the nation. Moments before the first pitch, players and fans take their hats off and salute the flag during the national anthem.

"When they play that national anthem, it's kind of a part of you being a citizen of the United States to stop, pull your hat off and sing the song," Huntington Beach resident Chris Dunckel said.

It's also a tradition under dispute at Angel Stadium. Ticket takers have been told to continue working through the anthem for the first time, a move that's upset many employees.

"They essentially want to honor the national anthem, which is a heavy tradition in Major League Baseball," said Jeff Froehlich with the Service Employees International Union, which represents the ticket takers.

Other workers in the same position at most other stadiums always stop working, said Froehlich, who met with administration officials Wednesday.

Froehlich said he was told the new policy is to keep crowds moving and increase safety.

For some fans, that's not a good enough reason.

"We're coming together to celebrate a sport, so that's kind of disrespectful," Dunckel said.

Froehlich said the Angels have agreed to a temporary compromise, allowing ticket takers to stop during the anthem while the team explores other options.

"They've always stopped. They would like to see that practice continued," Froehlich said.

The temporary policy change will begin on April 20, when the Angels begin a home series against the A's.